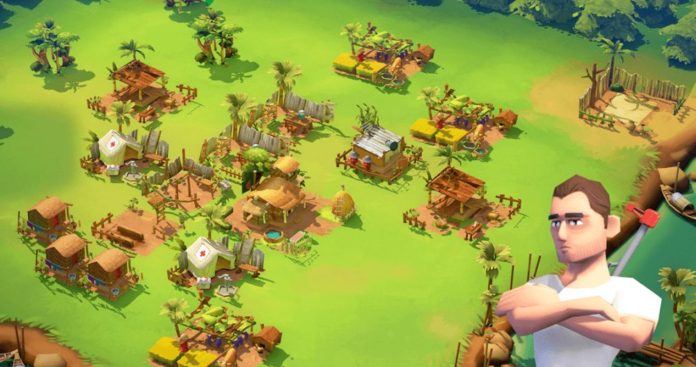 Mukti Camp is a really cool strategy game for Android-powered devices, one taking you on a trip back in time to the 1971’s Bangladesh. And our Mukti Camp cheats and tips will help you get the most out of the game and build a perfect village and army to complete all missions easily.

There is a lot of strategy that has to go into making it happen and a lot of planning. The game itself delivers some highly original features – especially the lack of PvP which I personally love. We also have individual characters to care for in the game and mechanics similar to those of Fallout Shelter or Hustle Castle when it comes to getting new people to join your ranks.

All in all, this is a highly enjoyable game and our Mukti Camp tips and tricks will help you get the most out of it. So let’s not waste a single second and let’s check out the complete strategy guide below!

Build up & defend your base
Your base is the key of success for your operations in the game. Therefore, you should make sure that you have every building built and upgraded to the maximum level allowed.

Another important thing is to guard your base as good as possible in order as the AI sends waves of enemies your way every now and then, costing you important resources.

When it comes to defending your base, you should know two important things: first, the enemies always come from the same areas (upper and upper left) and second, your soldiers defending the base should be given time to take them out.

Be smart when upgrading your Characters
There are 4 character stats in the game and each one makes that particular character better at something. All stats influence something related to fighting, while also influencing one of the other professions available in the game.

Early on, you should start specializing your people, especially the farmers and wood cutters as these are the main resources. So invest all new skill points in Strength when it comes to woodcutters and so on. Make sure to specialize your characters for the job they make.

When it comes to soldiers, things get a little bit more complicated as all skills influence combat in some way or another. My recommendation is to build a tank type of soldier (high strength, which means lots of health), then have two other soldiers becoming experts in Precision (using long range weapons) and Agility (light weapons).

It all depends on the type of weapons you have, while Strength will not hurt and will become a requirement in the end. So when developing soldiers, have strength in mind at all times because that represents their health.

Pro tip: The easiest way to build super soldiers is to turn woodcutters into ones. Your woodcutters will gain a lot of experience, and you’ll already work on maxing out their strength. When you can no longer upgrade their strength, start working on either Precision or Agility. This character will become a super soldier.

After you have invested a few more points into another skill, simply switch this character to a soldier role and bring in another character. Rinse and repeat and you’ll get super soldiers faster and without headaches!

Equip the right equipment
Make sure that all your characters have some sort of equipment in their hands, one that increases their performance at their current job. Since you can get all the info you need about equipment by simply checking out the stats, I won’t talk too much about this as it’s easy to figure out what to do.

But weapons are a bit more difficult to manage because there are many different types available. Make sure that you read all the stats and equip them based on damage and range but also to the right people (therefore, light weapons should go to your troops with high Agility, while long range and high damage ones to those with better Precision).

Craft new items with care
Combining two items of the same time results in an items with much improved stats. However, the requirements to equip that particular item increase as well, so always make sure that you have characters who meet the stat requirements to do so, otherwise you will end up with an items that you won’t be able to use!

Build up an army before attacking
Missions become very difficult extremely fast and you won’t be able to win unless you build a strong army by developing your characters as much as possible prior to attacking.

And once you launch an attack, make sure you strategize a bit: send your tank troop first in order to absorb damage, keeping the other units behind. Try to always attack soldiers where you have the advantage in numbers, even though that won’t be possible at all times. Find the best route and be ready to have to replay the mission in case you fail it, which will most likely happen more often than not.

These would be our Mukti Camp tips and tricks. If you have other strategies that work and you’d like to share them with fellow readers, don’t hesitate to let us know by posting a comment below.