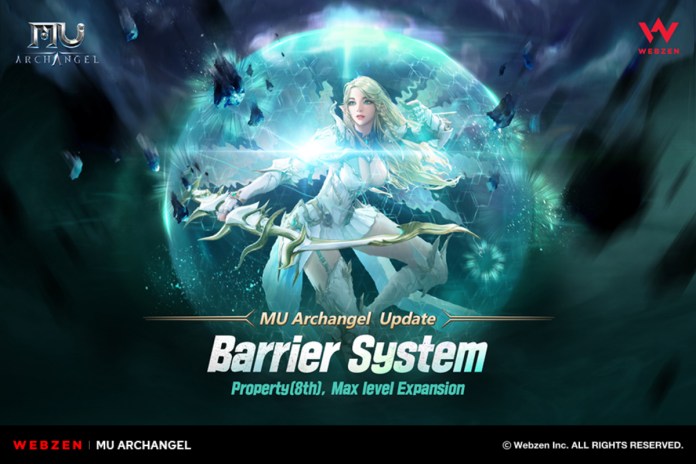 MU Archangel, the gorgeous mobile spin-off of the hit PC MMORPG MU Online, has just released an awesome update that adds a new defense system plus other upgrades that can make your character virtually unstoppable. Webzen’s mobile game brings classic elements from the MU universe to the mobile space, letting players experience everything they know and love about the franchise from the palm of their hand.

The latest update for MU Archangel introduces the Barrier System that allows players to increase their defense provided they have completed the Mysterious Barrier Quest and reached Master Lv.50. With these new stat boosts, players can become a force to be reckoned with during PvP battles. The update also features Star Rating Level-up, Promotion, and Forge for more stat boosts.

The level-cap increase to Lv. 800 will allow master players to unleash their full potential, along with 8th skill properties that raise Attack, Defense, and Common Properties. Whether you’re a Dark Knight or a Dark Wizard, or even an Elf, you can deal devastating damage to foes on the field with your new and improved stats.

MU Archangel is currently available to download on the App Store and on Google Play in Southeast Asia, and will be coming soon to other regions across the globe.