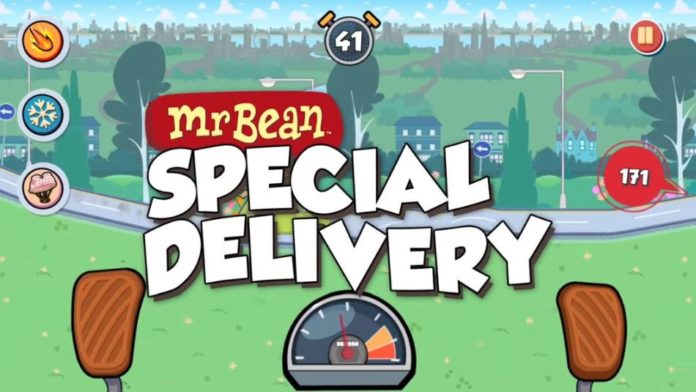 The Mr Bean Special Delivery tips and tricks we will share will you today, will not only help you pass every level flawlessly, but will also help you deliver all the packages to the clients (yeah, not a single one dropped).

Oh, and one thing I do have to mention before diving right into the Mr Bean Special Delivery tips and cheats: play with the sound on! It will crack you up for real (if you like British comedy).

This character has some funny dialogues and interactions that will leave you laughing and recalling the good old days when he was driving the Leyland Mini from his armchair (if you haven’t seen it, I suggest going on YouTube immediately).

So, without further ado, check out our Mr Bean Special Delivery cheats down below so you can deliver all the gifts and upgrade the mini-car. 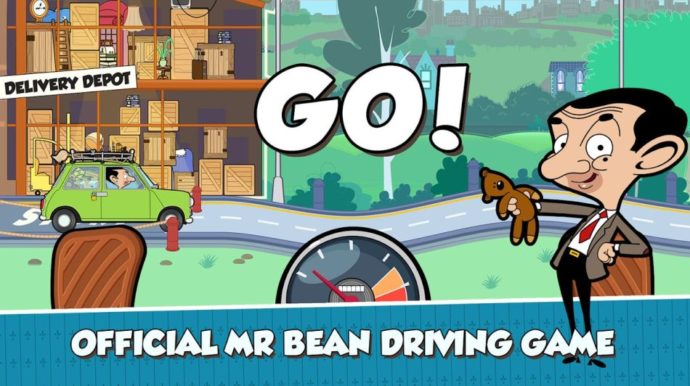 Do your best, at least it’ll show you’re trying

Even if you’re not nailing every delivery at first, don’t worry because you will get used to it in a couple of levels. I personally failed to deliver all the boxes at the very first level because I didn’t think about it, but it’s not the end of the world.

The main objective is to deliver at least one package before the time runs out, so if you still have one, good for you! Objective accomplished! Of course, the more, the better, but take it easy and adjust to the game before having a perfect and complete delivery.

Get used to the pedals

On the bright side, there is just two pedals you need to worry about, since (I’m assuming) this old car has an automatic engine (thank God we don’t have to switch gears too). The left pedal is the brake, the right one is the acceleration. Play a little with them on one of the early levels and test out how they work.

It’s not ideal to always go full-speed ahead because sometimes you might end up diving head-first into the ground. That’s not what we want you to do, so that’s why you should first get used to the car (like IRL) and find a speed you’re comfortable driving with. Trust me, this’ll make things much easier. 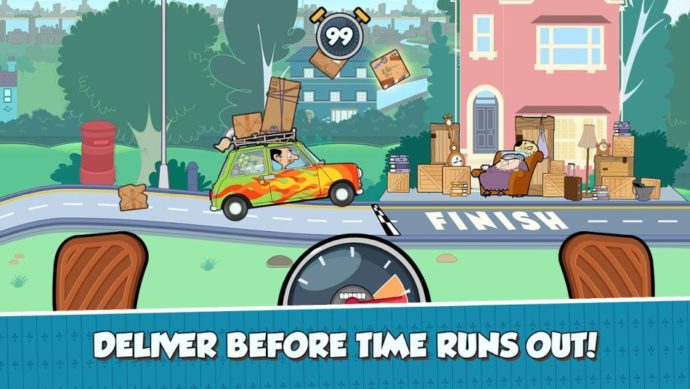 Level up and unlock more stuff

By leveling up you’ll first and foremost unlock new orders from customers. More missions, more rewards. Also, the more you level up the more boosters you will unlock. That’s a thing you need to always keep in mind.

In order to level up just collect Coins and Upgrade Tokens and you’ll get to the next level in no time. You get a few every delivery you complete, so don’t worry about the ways of collecting them. Also, the more packages you deliver, the more coins you get. So get out there and start delivering to level up! 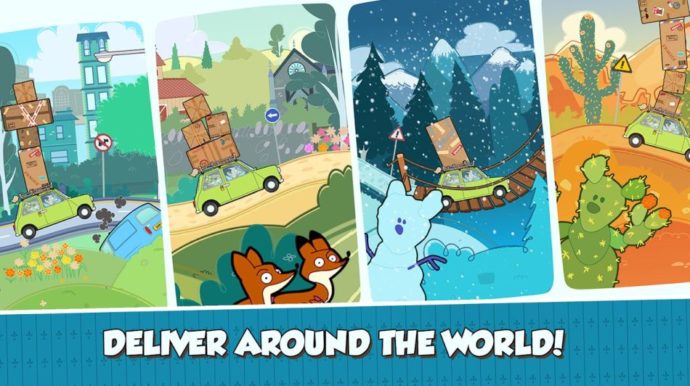 That’s right! They contain every single goodie possible out there and they are some of the best you can get. You can get some by watching an ad or by purchasing with Gems. As for what’s inside them, expect anything from Upgrade Tokens and Coins to Gems and Booster Tokens.

Customizations can also be found in the Special Packages, and they will change the look of your car, but more details about this below (it’s one of my favorite sections).

Use Boosters, don’t be shy!

These carefully hand-crafted add-ons are created by Mr Bean himself in order to make his tiny little delivery car more powerful. They are really fun to use and if you have a few spare Boosters, try them out to see how they work.

The best use for these, however, is when you’re facing a tough level. It’s best if you try them beforehand to get used to how their mechanics are, but if you’re feeling confident (and don’t have that many extra boosts) go ahead and use it right in the level.

Some boosts can be unlocked by watching ads, and some by purchasing with Gems. The ones you get from watching an ad are free, and they will re-appear once in a while, so if you don’t necessarily need them right away, you can wait until you’re facing a tough level and just use them at that time. 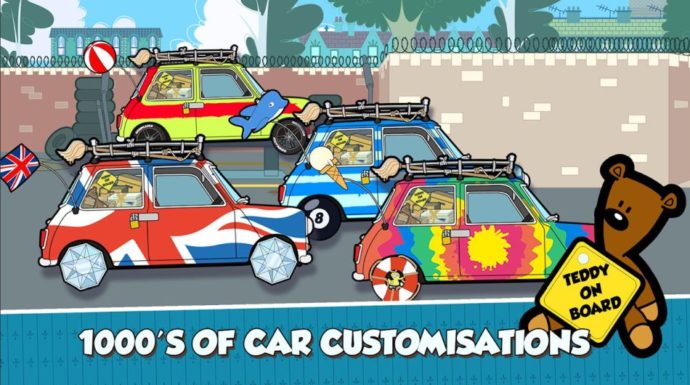 Customize the Leyland Mini by adding few new cool parts to it, or changing them entirely. Customizable items can be obtained by leveling up and by opening the Decorator’s Toolbox. Also, as for what you can change, the answer is everything!

They each can be unlocked at different levels, and they have different rarity levels, as follows:

While on your way to the delivery place, you will sometimes encounter some Lost Boxes. Collect them all for a special box full of rewards! To get a box, you will need to collect a few Lost Boxes in the process, but it is way worth it, so always make sure you pick those up! 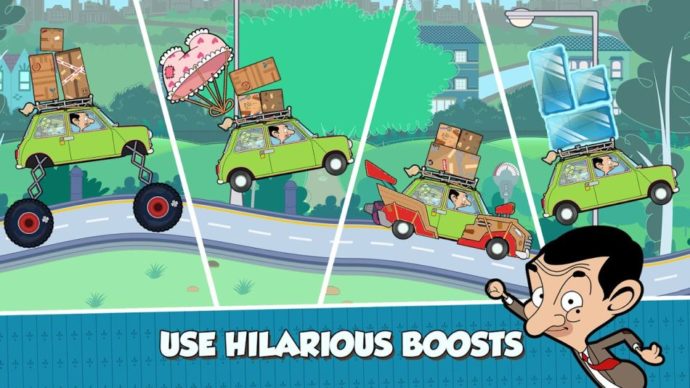 Also, once you opt for this option after already passing several levels, you will be rewarded for the previous level-ups too, so there is nothing lost if you decide to go VIP in your 15th level. You will be granted all the rewards up to that point.

Don’t go crazy with the acceleration

My best tip here so far, the one that will decide if you do or die (not literally) is the way you maneuver the car around. Depending on the road, you’re encouraged to either accelerate or decelerate.

What I suggest you do here is going really fast when the road is like a crater, because that way you will skip it entirely. Also, when doing this, make sure you balance the car correctly so you will land on all four wheels (instead of face-planting into the ground – because that IS possible too). 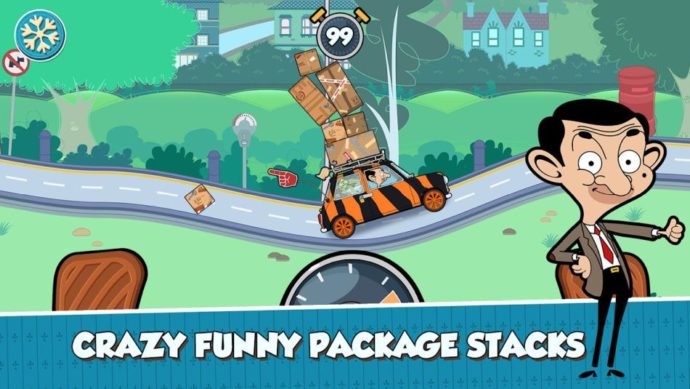 Another thing to keep in mind, when you see a really abrupt hill, is to speed up before the hill, and not decelerate while on the way up, because the car’s traction is not that great (I mean it’s a ’77 car, what did you expect?). By stopping mid-way on a hill, you’ll fall back and lose a lot of time having to speed up all the way again.

So make sure you never do that, but what you can do on a hill is pull the brake a little while going downwards, because you don’t want to go full-speed into a crater or what-not.

About the steep 90-degree roads now, you will have two options, depending on your driving skill: you either go really fast and balance the car to land on all fours, or slow down and basically glide down the fall while also balancing the car. I personally prefer the first, since I can control the car easier that way, but each to their own.

So, if you are confident in your driving skills, go full rocket-speed and show them customers what you’re made of, else just try to deliver at least one package. These will be all our Mr Bean Special Delivery tips and cheats! If you have a few other tips for us, leave them down in the comments below because we would love to hear how you handle the customers!