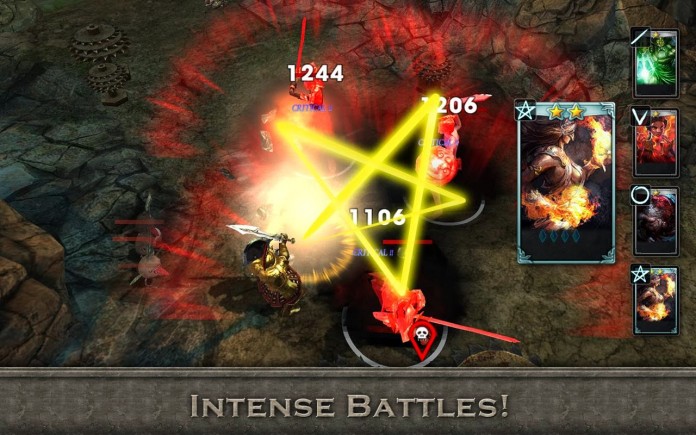 Mother Of Myth is a really interesting iOS game based on Greek Mythology. This is actually quite rare, despite Greek mythology offering quite a bit of interesting situations that would translate well in games.

Mother Of Myth allows gamers to pick their own character, go through several dungeons, complete quests and experience the story. It’s a pretty straightforward game but it’s undeniable that it has a certain charm, thanks to the setting.

If you have just been starting out and want to learn more about the game, you have come to the right place, as these tips and tricks will help you in Mother Of Myth. Grab your weapons and get ready for some serious exploring.

Keys are pretty much the stamina of Mother Of Myth so you will require one to play a quest or a dungeon. It’s possible to recover keys by spending crystals or just wait for half an hour to recover one. By moving the clock forward, you can recover the keys without waiting or spending crystals. Move back the clock to the real time once the keys have been recovered and you will be set. No more waiting.

Gold and Crystals are the game’s currency and can be used to purchase weapons, rare weapons and more. Make sure to spend gold wisely, as a better weapon often means the difference between victory and defeat in the game. At the same time, make sure to spend Crystals only on weapons and other items that will last. Wasting crystals on keys is really not useful at all, since you can recover them by simply moving the clock forward.

The four different skills, which are activated with different sweep motions, are really important, as they will often help you in getting out of a complicated situation.

Unfortunately they may also not be enough to get out of every difficult situations. Due to the way Mother Of Myth is designed, you will be forced to grind in later stages to be able to overcome some later challenges. If enemies literally crush you in a dungeons, don’t waste more time, go back to previous dungeons and grind for experience, gold and more.