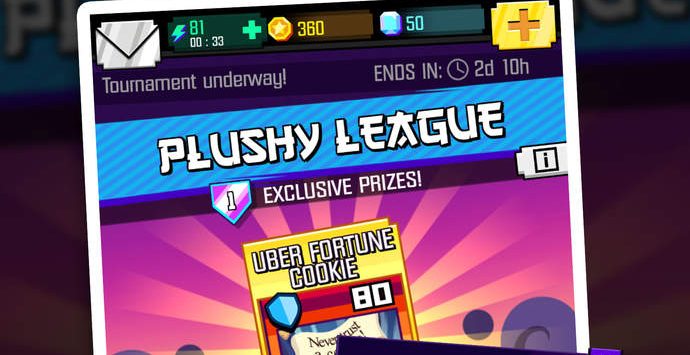 Adult Swim has just launched the amazing Monsters Ate My Metropolis on the App Store and ever since I downloaded it, I am playing like crazy and hoping to finish the league in the top five for some great rewards. I am sure you would like to do the same, so I am here to share with you some Monsters Ate My Metropolis cheats and tips that will help you build a super city, a super monster and, in the end, a super deck to keep on winning.

So if you want to know more about the game and improve your chances of winning, read on for some Monsters Ate My Metropolis tips and cheats!

1. Stick with your chosen monster
I chose Reginals Starfire as my starting monster (simply because he was a blue unicorn), not knowing what each of the strengths really mean. If I knew, I would’ve probably chosen otherwise, but no matter what your choice is, I would recommend sticking with it. Buying a new monster requires a ton of tokens and unless you spend real money on them, it’s not worth it. Use the 4,000 tokens to buy 2 mega packs instead and get 2 guaranteed silver cards.

2. What monster to choose
If you are smart and reading this article before starting the game, or you want to get a new monster, here’s my ranking of them: Mr Shigoto (he’s got better damage on green cards, which are usually healing cards, increased critical chance and slower speed on mini-games, which means you will get more damage done), then Boat Head (extra red damage for a ton of damage, extra critical damage and some really useful boosts to your win tokens).

3. Binding your Faccebook account gives you an extra card. it’s well worth it, so make sure you do it!

4. If you want the animation to be faster in game, double tap the display. It doesn’t affect the speed of the minigames.

5. Watch as many videos as you can in order to get premium currency and eventually you’ll have enough for a super-card.

6. How to win more battles
This could easily be an entire article, but I will try to sum things up here. First and most important, you should pay attention to the cards you and your opponent have in your hand: when you are first, choose a card that they don’t have an element card to play against (so don’t play a red if all they have is blue). Usually, it won’t be possible – in this case, I usually play my weakest card. Chances are that my card will get a downgrade to its power no matter which one I play so I choose the smallest loss. If you have the Mega Attack option available, play that as it doesn’t really care about elements.

When you opponent is first, things change a little bit: now you want to play a card to counter their element no matter what. So if you have it, even your worst card in terms of damage can become a beast. Always play the cards that give you an advantage!

But another thing is also important: the hand effects of your cards. Some cards give you a boost of damage, others have different effects. Read them and make sure you stick to those that are really useful for as long as possible to take advantage of their effects. But again, remember that there’s nothing better than playing a card that counters your opponent’s element.

Finally, healing cards are extremely useful too: use them later in the game and ideally as a response to an enemy card. You want the bonuses to stack up and not lose points if the enemy counters it with an element card, but in the end, if things are starting to look bad, just use it whenever you need it!

7. The time lapse cheat
It didn’t work for us, but you can give it a try, maybe you are lucky: go to your device’s settings when you have no energy left and fast forward time by 60 minutes. This should give you 60 energy if it works. Please confirm if it does because we couldn’t make it work.

8. Only buy the mega token packs (those costing 2,000 tokens) because you have a guaranteed silver card when you do. Otherwise, you’re just wasting extremely valuable tokens.

9. Play as often as possible: the higher you get up the leaderboard, the more difficult opponents you will get, but you still need to play like crazy and even losses are better than nothing. Level up your monster to increase their stats and get tokens for better cards. Be active, play often and consider our battle tips and you will be able to win all battles against players with similar cards (or even slightly better!)

Do you have other tips and tricks for fellow Monsters Ate My Metropolis players? Let us know by commenting below! 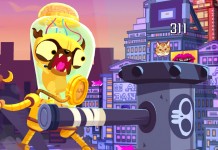 Slidout Is a Puzzle Game Like No other, Out on iOS...

What the Fight Game Tips, Cheats and Guide to Keep Winning