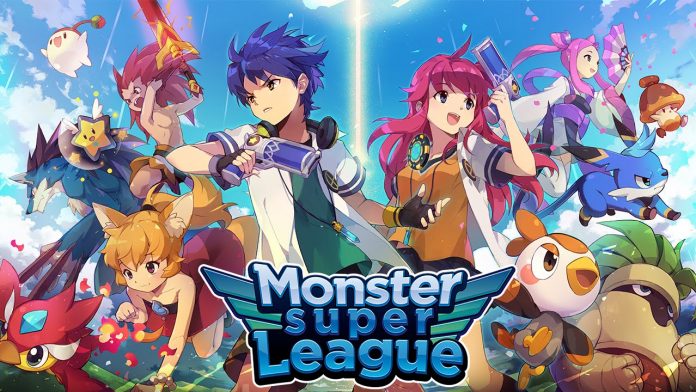 Become a master astromon tamer in the world of Monster Super League! Monster Super League is an all new turned based monster collecting RPG. The colorful and creative creatures of this world are known as “astromons”. They inhibit celestial energy, and it’s up to you to decide which ones you want to capture and train. It does play like your usual monster RPG, but production values are very high in this game! Let’s jump right into it with our Monster Super League cheats, tips and tricks strategy guide!

The astromons run on your typical elemental triangle of fire, water, and wood, so always prepare your team around what you’re going to face the most. The enemy astromon AI has a tendency to relentlessly try to exploit your weaknesses, so beware! For example, if you bring a wood element into a fire fight, they will gang up on your poor wood astromon. Watch your elements and make sure you have a plan to cover them if you intend on bringing them!

As you know, matching gem types in an astromon’s slots will grant them a set bonus. Try to match your gems with the astromon’s role. Let’s say you’re looking to gem your fire type Miho, who is a Tank type. That means she has a lot of health and defense. You might want to augment her with more defense gems, for example. Keep in mind that each astromon’s gem slots are unique to them, and them alone. One fire Miho may have a different set from another fire Miho.

You can spend your astrogems on summoning new astromons. As usual, make sure you buy the biggest pack – the 600 astrogem one. You get 10 summons in this pack with one variant guaranteed.

It may not seem like it at first, but you’re going to need to get all the gold you can get if you plan on getting the best astromons. Just about everything you do that relates to powering up your astromons – eating fruit, evolving and ascending – will start costing lots and lots of gold. As you get to your 4-star and higher astromons, the gold costs will become very pricey. Here are all the ways you can get more gold:

If you haven’t already, try to find and invest in a Recovery-type astromon. One of their skills, usually their active skill, will restore health to your team. During the early game, you’ll get by fine with just the red orbs, but eventually enemy astromons will start to hit hard. We lucked out and hatched a wood-type Seiren from the free eggs you get when you start the game. Her active skill heals the whole team. It’s really helpful!

Variants are hard to come by, but if you manage to capture one make sure that you set it as your team leader. The only thing different about variants from the normal species is that they have Leader Skills that only activate when… well, you guessed it! With that said, while the leader skills are helpful, don’t worry about trying to find too many variants. Since they’re not too different, they aren’t that much more valuable.

That’s all for Monster Super League! This is quite the game, so if you have any other tips or tricks to share, let us know in the comments below!