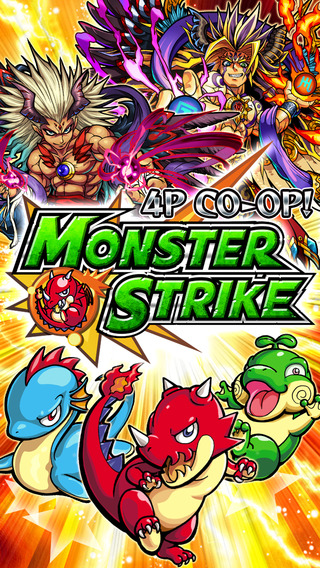 Welcome to the world of Monster Strike, where battles happen with the velocity of a pinball machine! Evolve and fling your monsters into victory with a simple slide of the finger! We’ll help you become a monster master with our Monster Strike cheats, tips and tricks strategy guide!

Monster Strike is a simple yet expansive game full of lots of cool monsters to discover, so let’s get started with our ultimate Monster Strike strategy guide to become a monster master!

1. Chain your monsters for Bump Combos!

When you launch a monster, if it collides with any of your other monsters a Bump Combo will activate! The monster who is bumped into will perform their bump combo, which ranges from shooting out laser beams to firing off homing projectiles! These do awesome damage, so try to plan your shots accurately. You can see what kind of bump combos your monsters have by checking their info.

Monsters come in different shot types. Bounce-type monsters will, as stated, bounce off anything they come into contact with. This is useful for making bank shots to chain off of your other monsters, activating bump combos! Pierce-type monsters will not bounce, however, and instead go straight through other objects, continuing along their original path. These monsters are especially useful for hitting the weak points on boss monsters.

In addition to your bump combos, each monster has a strike shot that can be used after a certain number of turns has passed during a battle. These shots are one-turn use special abilities that cause all sorts of cool effects for your monster, such as increased velocity and more damage. Once you use it though, it must be recharged again before it can be reused. You can see how many turns left until the strike shot can be used by looking at the number in the top left corner of the monster’s info box at the bottom. Learn what your monsters’ strike shots are and take full advantage of them!

4. Fuse the Morlings for stat boosts!

There’s a certain family of monsters called the Morlings. They have very low stats, so they’re not really suited for battle. Instead, they can be fused to grant your other monsters stat boosts. They don’t give much experience, but the stat boosts are great!

5. Need to level up your monsters quickly? Watch the Expie Forecast!

You may have one of these monsters already, but there’s a family of monsters called the Expies, and they look like turtles. These monsters are much like the Morlings, where they’re not suited for battle but instead for fusing. If you fuse one of these guys with another monster, that monster will receive a ton of experience! On the main menu, if you go into the More section, you can see the Expie Forecast. This will tell you where and when you can find a surge of Expies!

6. Be aware of the elemental chart!

You’ve probably heard this one before! Each monster has an elemental type, and there’s a rock-paper-scissors tree. Fire beats grass, grass beats water, and water beats fire. Light and dark beat each other out. Keep this tree in mind and try to build a balanced team so you’re ready to take on any kind of monsters!

When you take an online player’s monster with you into battle, you’ll earn FP, or friend points. These points can be used for the Hatcher, so try to play with as many people as you can! It also helps if you send them a friend request after the level is over.

That should be the basics for becoming an awesome monster master! If you have any other questions or suggestions, leave a comment below!