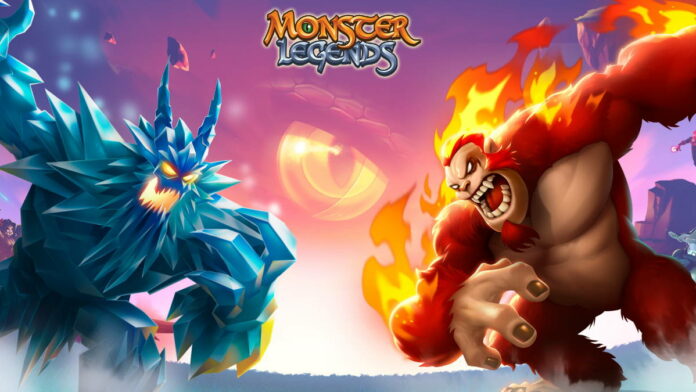 Monster Legends is home to a variety of wondrous creatures, each with their own unique set of powerful abilities that allow them to dominate the battlefield. With so many to choose from, it can be difficult to decide which monsters to bring with you into battle, so we’ll help you narrow it down with our list of some of the Monster Legends’ best monsters.

Daedalus is a behemoth earth tank that can sustain heavy damage and keep on trucking. Thanks to Full Fortress, Daedalus can mega taunt and take all of the hits for its team. Under the Stronghold, Crafted from Sand, and Reconstruction! gives Daedalus incredible self-sustain, allowing him to soak up hits like nothing. Though his maximum life is somewhat low for a mythic monster, his skills more than make up for it. Daedalus is easily one of the best tanks in the whole game.

Related: How to use items in Monster Legends

Lonradh is an extremely powerful light support monster. Lonradh has some nice area attacks that inflict sunburn, but his resurrection skills are the most important part of his skill set. Procyon Shine can revive your entire team and provide them with instant regeneration, while Achenar Light revives a single target but grants them an immediate turn, which can lead to some surprising plays. Lonradh can also take advantage of Sun Protection to keep himself out of trouble, which grants dodge area effect, evasion, and positive effect protected.

Ondana is a water support that specializes in support and enfeebling enemies. Hardened Stonefish can keep her out of negative effects while she restores her team’s stamina with Tears in the Sea. Once she goes on the offensive, Muraena Bite can lock out an opposing monster’s trait and also drain their stamina, while Raw Drowning and Water Swirl will drain the entire enemy team of their stamina and replenish her own. Ondana can be a very problematic nuisance to the enemy team if played right!

Blaz is a balanced metal support that allows him to help his team and also debuff the enemy team. Seek and Fix, Protective Protocol, and Stay Calm basically renders your team impervious to negative effects and also even reflects attacks back at their aggressor. Chaotic Self-repair and Expired Antiseptic deal damage and debuffs enemies while removing any negative effects on himself, making him a hard target to lockdown.

Related: All Elements in Monster Legends

Siamiss is an extremely powerful thunder controller. She has a plethora of ways to deal damage to her opponents while enfeebling them in some way, whether that is dazing them, shocking them, or resetting their cooldowns. A Big Applause inflicts mega possession, which can royally screw over an enemy team if timed right.

Naor is a nature attacker that excels in relentless assaults thanks to her extra turn skills. Cobra Shot and Toxic Te Tat can daze and poison her opponents, then she can go to town on them with Nukite and Seiken, two powerful physical attacks that grant her extra turns. Next Round allows hers to recuperate and recover some stamina so that she can keep the pain going!

Do you have a favorite monster that should be mentioned on this list? Let us know in the comments below which monsters you think are the best!