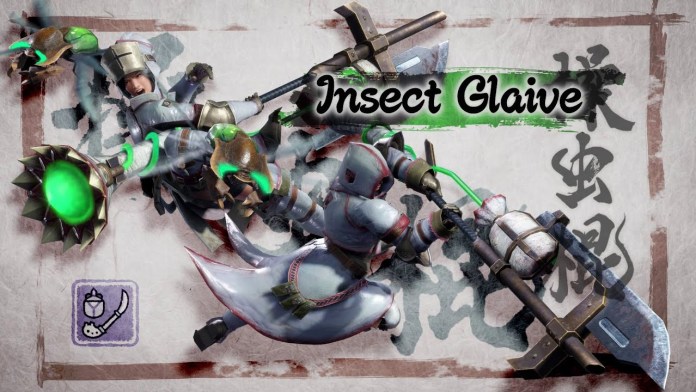 Switch Skills in Monster Hunter Rise allow players to customize each weapon’s moveset for the very first time in the series, letting you access some very interesting combat options that are not available otherwise. These skills cannot be used from the get-go, so you will have to work for them, but the effort is definitely worth it.

Here’s everything you need to know about the Insect Glaive Switch Skills available in Monster Hunter Rise.

Tetraseal Slash replaces Tornado Slash, and it is performed by pressing A while performing Leaping Slash with Red Extract loaded. This skill can be used to attract Powder Kinsects and it is very quick, making it a great way to deal damage to any type of monsters with little to no risk.

To unlock the Tetraseal Slash Switch Skill, you will have to complete the Feathered Frenzy quest and then talk with Master Utsushi.

Advancing Roundslash replaces Leaping Slash, and it is performed by pressing A and a direction on the left stick while the weapon is unsheathed while on the ground. This skill lets you unleash an attack that can also make you leap in the air if you receive damage during the spinning motion. Great skill to set up aerial attacks

To unlock the Advancing Roundslash Switch Skill, you will have to craft and upgrade multiple Insect Glaives

Diving Wyvern replaces Recall Kinsect, and it is performed by pressing ZL and A. This skill consumes one Wirebug and it allows you to deal tons of damage in a very small area, so it can be a little difficult to use. With some practice, however, you will be able to aim it properly at monsters’ weak points with ease.

To unlock the Diving Wyvern Switch Skill, you will need to complete the Invoke the Insect Glaive quest, which becomes available by reaching rank 6 in the hub.