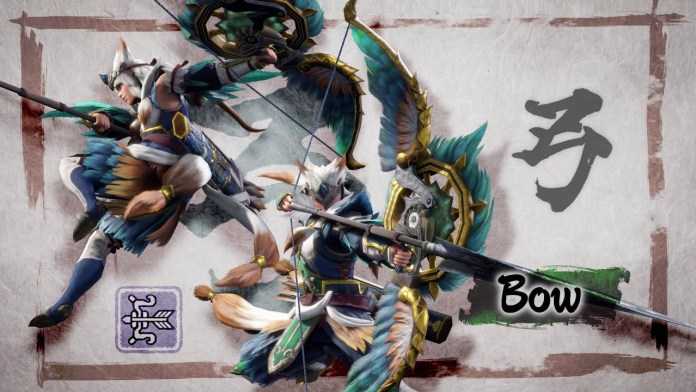 Among the new mechanics introduced in Monster Hunter Rise, the Switch Skills mechanics are the most interesting, as they let players switch select skills for all weapon types with some new ones that can be used to create some interesting new combos and unlock new combat options that would not be available otherwise.

Dodgebolt replaces Charging Sidestep, and it performed by either pressing B and a direction on the left stick while aiming or by simply pressing B during a combo. This maneuver lets you close in on enemies or back away while attacking and increasing the charge level considerably.

To unlock the Dodge Bolt Switch Skill, you need to complete the Feathered Frenzy quest and then talk with Master Ustushi

Aerial Aim replaces Focus Shot, and it is performed by pressing the R and X buttons. Once the move has been initiated, for the cost of one Wirebug, it is possible to press A to fire more arrows or end the move with the X button to unleash the Aerial Diving Melee Attack.

To unlock the Aerial Aim Switch Skill, you need to craft and upgrade multiple Bows.

Absolute Power Shot replaces Power Shot, and it is performed by pressing A right after a shot. This Switch Skill makes it possible for Power Shots to stun, but for a higher Stamina cost.

To unlock the Absolute Power Shot Switch Skill, you need to complete the Be One with the Bow rank 6 skill. This quest will be given out by Master Ustushi as soon as you reach the required rank.