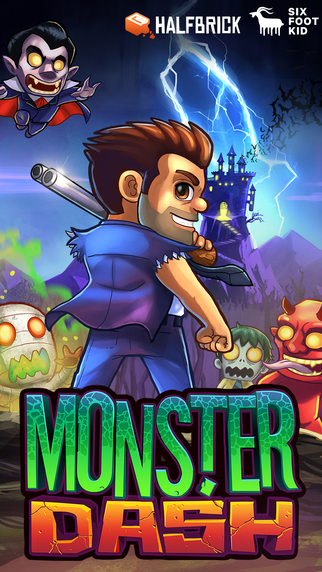 Monster Dash, the platform game developed by Halfbrick Studios, has received a brand new update recently, an update which comes with content that pretty much anyone will instantly recognize as it’s based on a really popular franchise.

The new Monster Dash update is a Ghostbusters themed one, which adds Peter Venkman as a playable character and his iconic Proton Pack. A new stage set in New York City has also been added by the new update, a stage that comes with plenty of Slimers that can only be defeated by the special Proton Pack.

The new content of the Monster Dash Ghostbusters update can only be accessed through the Who You Gonna Call daily challenge, which becomes available every Wednesday and Saturday. To use the new character on modes other than the new Daily Challenge, players will have to unlock him by purchasing an IAP.

Monster Dash is now available for free on the App Store. The game is a rather enjoyable auto runner platform game so make sure to check it out if you haven’t already. The game is supported by IAPs so it may not be possible to enjoy some of its content without paying.