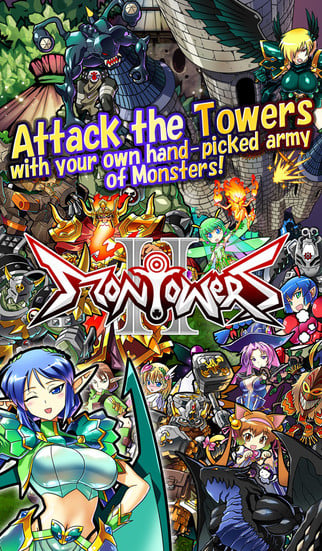 MonTowers2 features the same engaging gameplay experience of its predecessor, with players having to collect a huge number of monsters and use them in battle to defeat opponents. To move along in the game, players will have to explore several towers and defeat all of the monsters found on each and every floor.

In MonTowers2, players will also have plenty of customization possibilities, as it’s possible to combine monsters and even upgrade them so that players can take on even more stronger monsters.

MonTowers2 seems to be the perfect game for all Pokèmon fans who would love to play a game of the series on their iOS device but cannot for obvious reasons. With so many monsters to collect and customize, fans of the original game and collecting games in general will be quite busy for a very long time.

MonTowers2 is now available for download for free on the App Store.