Home News MoistCritical Reveals that he loses a ‘massive’ amount of money on Team... 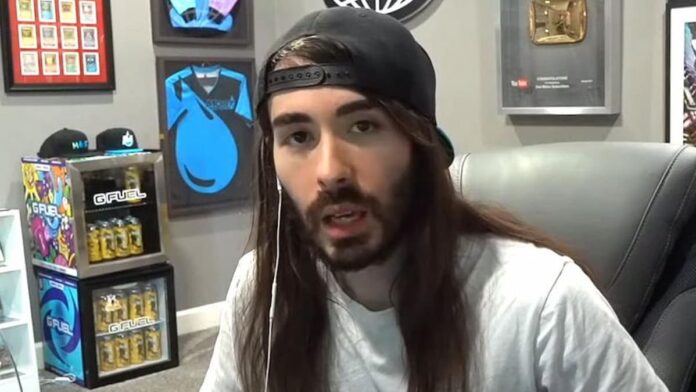 Charlie “MoistCr1TiKal” White, founder of Moist Esports has revealed that he runs the organisation at a loss and is losing lots of money.

White has made some big moves in the content creation sphere, with arguably his biggest move being that he started his very own eSports organisation in August 2021.

Ever since creating Moist Esports, White has recruited a significant number of players from various games. However, the Twitch streamer and YouTuber has taken to YouTube where he stated that he runs Moist Esports at “a massive net loss” every month.

In the video titled “I Need You” below, White is seen rallying up his fans to assist him in topping the leaderboards of Omega Strikers in order to earn a cash reward. The YouTuber went on to explain that the cash reward would go “directly into Moist Esports,” as he currently running it at a loss.

White did not give out the exact or an estimate of the amount he is losing from running Moist Esports but he did reveal that he loses “roughly six figures a month on it.”

The streamer also downplayed the loss, saying that “It’s fine, because right now my entire Twitch paycheck goes into Moist Esports in order to keep it growing and keep all the players on a good salary.”

He went on to say that he “doesn’t mind running [Moist Esports] at a loss” and that he’d “do it forever” if he had to, but reaffirmed that the Omega Strikers cash reward would go a long way to help him expand Moist Esports.

If you’re unaware of what the reward is all about, the Omega Strikers Twitter that, “the top 3 placed Creator Teams” would earn a percentage of the game’s seasonal net revenue depending on placement, with 1st place earning 3% of Season 1’s revenue.

White stated, “If we win it, that 3% of net revenue could be extremely helpful” in ending the financial net loss he makes on Moist Esports.

Finally, White clarified that Omega Strikers did not sponsor him and he was simply making a call-to-action video to his fans who would love to see his eSports organisation grow and expand.