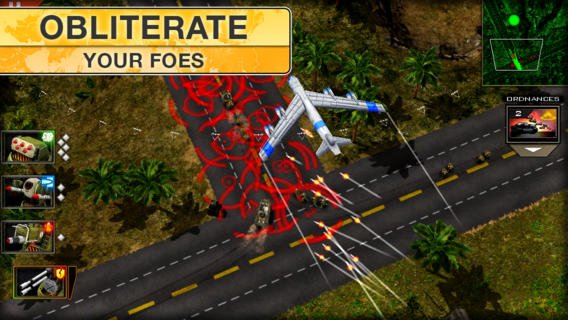 Chillingo recent released the strategy game Modern Command. A combination of a tower defense and RTS, Modern Command has a great gameplay experience for fans of both games. After playing the game for a couple weeks now, I came up with some Modern Command cheats: actually, a set of quick tips to help out new players and seasoned veterans.

Load Out and Research

Having a solid weapons load out is the most important aspect of the game. Having the proper weapons for a conflict could mean success or failure of a mission. Before the mission starts, the game will tell you what kind of troops you will be facing from any of the 3 categories. The best thing to is balance your load out and have at least one weapon for each type of troop you will be facing. That would mean an anti-ground gun, another anti-ground gun for vehicles and an anti-air gun for a mission with all 3 troop types. Personally, I like to keep a weapon that allows me to slow the enemies down, making it easier for my other weapons to hit. Loading out is a personal preference, but as  long as it is balanced for the battle, it should work out.

Researching weapons is just as important as picking out the right load out. As the game goes on, the enemies will get tougher and the missions much more difficult. That is why it is important as your load out.  Being up to date with the latest weapons is the best way to get the best load out. While researching takes time, it is worth it when you have the best guns and ammo to take down your enemies.

Once your load out and research is all set, it’s time to take it to the battlefield. With the variety of enemies the game has, it’s best you stay on your toes. Constantly switching between weapons allows you to prevent one from overheating or running out of ammo. Be sure to scan the battlefield and keep an eye on the mini-map to look for enemies. The mini-map is your best friend is this game, as it allows you to concentrate on one group while keeping an eye on the other. Another thing the game offers is the option for you to call in ordinances. Use these to your advantage to deal heavy hits to your enemies. Using these in conjunction with your weapon load out helps with boss fights.

That’s it from me. If you have your own tips for this game, let us know in the comments!