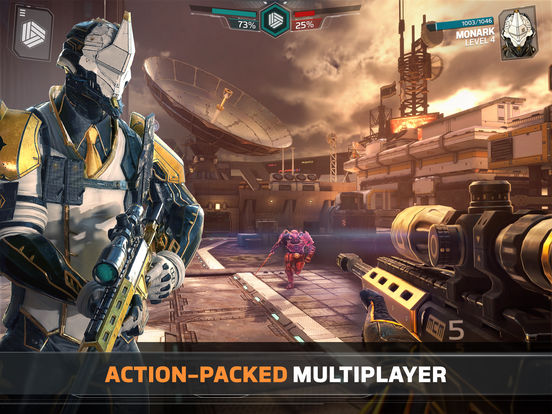 Combat evolves on a modern level for the mobile platform! Modern Combat Versus is Gameloft’s latest multiplayer hit that allows you to step into the shoes of a futuristic agent. Fight online in fast-paced 4-on-4 battles in a war to take control of the region! Our Modern Combat Versus cheats and tips will help you master the ways of your favorite agent!

Each agent has their own abilities and weapons, so there’s an agent for every playstyle. Pick your favorite, strap in for a battle, and let’s get to work with our Modern Combat Versus cheats, tips and tricks strategy guide!

Stick with your team!

It might be tempting to go off on your own like Rambo, but don’t do it! Rush the objective WITH your team; never go it alone – that’s just asking to get shot down immediately! Move with your team and try to cover each other’s flanks. Have one person watch one direction and others cover them. This you can have a control point on total lockdown with everyone watching for sneaky assassins trying to get the jump on you.

Use your ability often!

Each agent has a special ability that can be activated to give you an edge over the competition. Lock’s “Augmented Reality” allows him to send out a pulse that reveals enemy locations to him. Kan’s “Defensive Dome” drops a dome shield at his field that protects him and his teammates from fire while allowing them to fire back. It’s best to study up on the different agent abilities even if you don’t play as them, because at least you’ll know how it works.

Agents generate energy over time and as they attack enemies, and abilities require a certain amount of energy before you can use them. Energy recharges fairly quickly in this game, so don’t be afraid to use your ability when you need it. Try not to let your energy get full, because that’s precious seconds of wasted energy generation!

Once you’re used to controls, try getting the hang of using precision aim. By default double tapping activates precision aim mode where you aim down your sights for better accuracy. You can land headshots easier in this mode, and if you can master doing this quickly you’ll be unstoppable. Headshots do double the amount of damage, so it’s a quick way to dispatch your foes.

Play to your class’ strengths!

Agents come in four different flavors: attackers, defenders, assassins, and specialists. Attackers are straight forward with well-rounded stats and useful abilities. You can play attackers however you like and you’ll probably contribute to your team. Focus on the objective and stick with your team!

Defenders are sturdy agents with a lot of health, but they’re usually lacking in firepower. Their abilities let them take more punishment and help out the team, like Kan’s Defensive Dome. As a Defender, you should be the first to charge into battle since you have the highest health pool. Use your abilities to cover your teammates and lead the way to victory!

Assassins are fragile cannons that excel in taking out enemies with concentrated firepower and deadly abilities. Mi-Nu’s Speedlink ability increases her agility, making her a tougher target to hit. Assassins should try to sneak up on enemies to take them out quickly – utilize your abilities to help you out! Never run straight at enemies unless you like getting gunned down immediately!

Specialists are wildcards. They have mixed stats but their abilities focus on tricky stuff. As of writing this guide there is only one specialist in the game at the moment, and that’s Kult. His Venom Gadget allows him to place poison traps which will slow down and poison enemies that trigger them.

It’s easy to forget about your ability to wallrun, but it can save your life in a pinch! Designated spots on the maps will have arrows going over them. If you run into the wall, like you learned in the tutorial, you’ll run along it letting your cross the gap with relative ease. Utilize wallrunning to shake off persistent opponents!

That’s all for Modern Combat Versus. If you’ve got any other tips or tricks to share, let us know in the comments below!