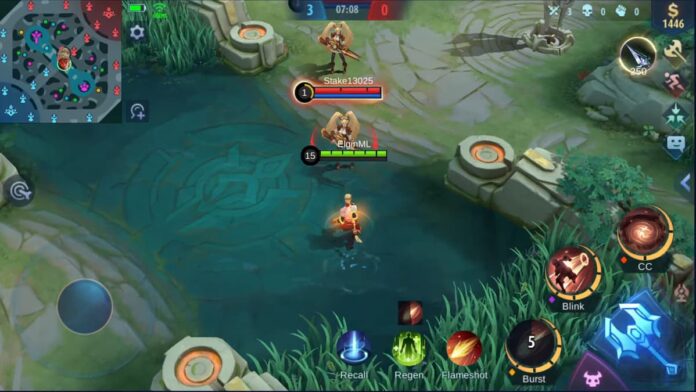 However, Yin is currently available under the latest Mobile Legends Advance Server, and we expect it to roll out on the global server in a few coming days. Luckily, beta testers can use this new champion for free before its global release. This article lists the detailed breakdown of Yin’s abilities.

Passive – Leave It to Me

Yin deals increased damage when there are no allied heroes around.

Yin gains extra Movement Speed and launches a Charged Punch on his next Basic Attack, dealing damage twice. Enemies in the distance will take higher damage.

Lieh smashes an area ahead successively, inflicting high damage and slow. The smashing speed will gradually increase over the duration.

Yin dashes forward, leaving a Golden Ring behind. After a short delay, the Golden Ring will catch up with Yin, dealing damage and stunning enemies it passes through

Lieh strikes a flying kick forward, leaving a Golden Ring behind. After a short delay, the Golden Ring will catch up with Lieh, dealing damage and stunning enemies it passes through.

Yin pulls a designated enemy hero into his domain with him and turns into Lieh. When in the domain, the two cannot be affected by other heroes’ skills. If Yin successfully kills the enemy, he’ll leave the domain with the cooldowns of his non-ultimate skills reset and continue to fight as Lieh for a while.