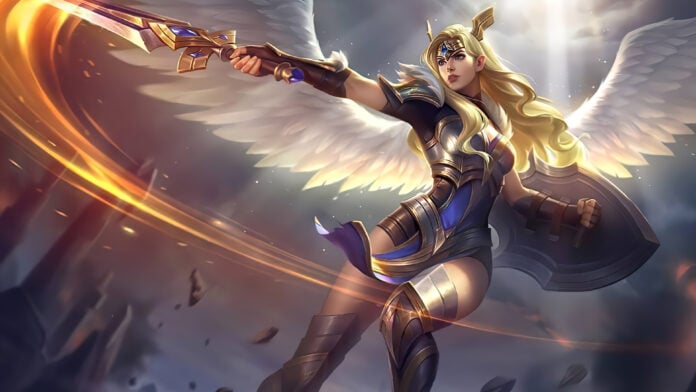 In Mobile Legends you have to choose one of many characters and take part in 5v5 battles. You need to destroy the enemy’s fortifications and destroy the base. Sounds simple, but there are many tactics you can use here. Therefore, the correct build of the character is very important and in this guide, we will tell you about Freya.

Freya is a very versatile character who can play great in any lane. Below you will find the build for maximum damage:

The second build focuses on physical protection. The set of items is the same, but instead of Blade of Despair, use Twilight Armor, which will increase your physical defense.

RELATED: How to Create a Smurf Account in Mobile Legends 2021

And the third build is for high magic defense. It is also similar to the first one, but you need to replace Blade of Despair and Thunder Belt. Use Radiant Armor and Oracle instead.

When choosing emblems for Freya, you must balance damage and durability. We recommend the following set:

Start upgrading skill with Skill 2, then Skill 1, and only then Ultimate.

Every time you use Freya’s skill, attack twice with a basic attack, because thanks to passive, your attack speed grows after using skills.

Use Skill 1, then use twice a basic attack, then Skill 2, and two more times hit by a basic attack. We recommend repeating the combination of Skills 2 + basic attack several times. Use your Ultimate skill when playing as a team or when you want to escape.