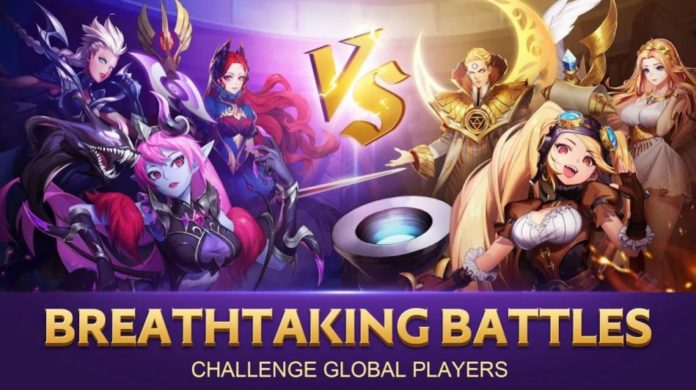 Firstly I am going to tell you a little bit about some of the best heroes in Mobile Legends: Adventure, or the S Tier ones (to put it in tier terms), which are good because of their skills and overall stats.

Once I explained why some of the heroes are up there on the tier list, I will give you the whole tier list with the best Epic and Elite heroes. I won’t mention the Common heroes because I really don’t think it’s any good to use them in your team, since it’s fairly easy to get some better ones, and also to upgrade them.

This hero is on top of the best heroes list because he is super strong in terms of damage, and his defense is also pretty decent.

He can easily take on the back line of the fight, where all the squishy targets are, because of his Puncture skill which allows him to blink to the back line and deal a ton of damage.

He has AoE skills and a passive skill (which unlocks at level 81) which break the enemy’s defense and make him even more useful in the fights.

Since his damage output is not amazing, he can not be considered best in terms of damage, but when you want a good support, you can definitely count on him.

His supportive abilities will make your team basically invincible if used correctly, because once you unlock his passive skill “Code of Moon Elves”, whenever he links with an ally he will boost their power by quite a lot.

We’ve had a good damage dealer, a good healer, and now it’s time for arguably the best tank in game, Gatotkaca.

Even if his name doesn’t inspire fear, his skill set for sure should. He has a ton of crowd control and his skills allow him to deal AoE damage, which is also quite high.

When you pair his high damage with his tankiness, he will become quite fearful in the battlefield, because if you also have Estes with him to support, heal and sustain, you will definitely win all of the fights.

Just like Lancelot, Clint is a great damage dealer who is able to shred through the enemy’s health bar and take them down in a matter of seconds.

His high range will allow him to be fairly safe, because he will be sitting in the back line. However, if the enemies can leap to the back line it could be a small problem (since his defense isn’t great).

It’s good to have Clint together with a strong Tank in the front line, because his damage output is amazing, but because of that he kinda lacks defense. Surprisingly, he can also stun a target for a few seconds, because his Heel Rope will deal massive damage and inflict crowd control.

Alice is a good hero which deals good AoE damage, and can self-sustain. If you don’t have such a great healer just yet, then Alice can be a good addition to your team because she doesn’t specifically need one to keep her alive.

Her Blood Eulogy skill will let her deal damage and heal her at the same time, which, when paired with her Magic Lineage (passive which unlocks at level 81 and increases her Magic Lifesteal) will make her super annoying to deal with because of the constant healing.

These would be some of the best heroes in Mobile Legends: Adventure – but now it’s time to get into the complete Tier List, so you can make a better idea on which of the heroes you should focus on upgrading first!

Normally a good team should consist of 5 good heroes, each fulfilling a specific role. Some teams can have multiple of the same type of heroes (for example 2 tanks instead of one), as long as they still have enough damage to deal with the enemies.

The ideal team composition is: 1 Tank, 1 Support, 2 Damage dealers and 1 crowd control. One of the Resonance bonuses you could easily go for is the Fuse Resonance which requires one of each class to be present on your team.

Don’t forget to check out our game guide to learn more about how you can get more heroes and increase your power in game, and also leave a comment down below with your favorite hero! Even if he is not the best, I really like Moskov because of the piercing arrow he has, and also because he is one of the very first 5 Epic heroes I got in game!