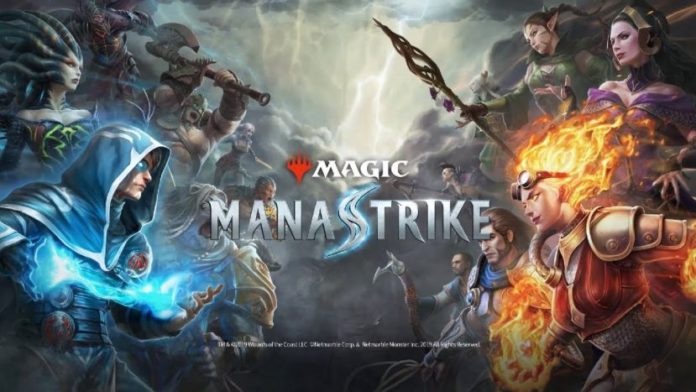 Magic: Manastrike, Netmarble’s upcoming MOBA based on the Magic: The Gathering universe, is approaching its globalò lòaunch, and pre-registrations are now open on both iOS and Android.

Several bonuses are being offered to players who pre-register for the game, such as Gold and Gems, two of the game’s currencies that can be used to unlock more content, as well as player icons and emojis. All the bonuses will be made available to players once they have completed the tutorial.

Magic: Manastrike is a new take on the Clash of Clans gameplay formula. Players will be fighting on two different lanes, and they will have to take down the opponent’s towers to win.

Unlike the popular game, however, players have more control over what happens on the lanes, thanks to a variety of magic spells that should sound familiar to all Magic: The Gathering fans.

Magic: Manastrike may not be the most original game around, but it will provide plenty of fun to those who love Magic: The Gathering and want to experience more than the popular card game.

Magic: Manastrike launches on a yet to be confirmed release date on iOS and Android.