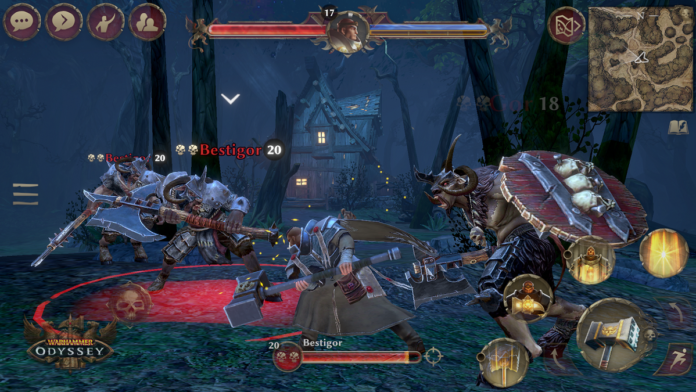 There are so many Warhammers game available on iOS and Android that is very difficult to keep track of them all. Interestingly enough, most of these games are based on the Warhammer 40,000 universe, which is a little disappointing, considering the regular, fantasy-themed Warhammer universe is just as interesting.

If you’re a fan of this setting, then you should not waste any more time. Download Warhammer: Odyssey right away to finally see a decent video-game rendition of this popular setting.

Warhammer: Odyssey is an MMORPG that has been in develepment for quite some time. It was only last November that the game started feeling a little more real, with an info blow-out and new trailers that finally showed how the game played. For being a mobile game, Warhammer: Odyssey looks quite ambitious, with multiple playable characters and all those gameplay systems that one expects to see in full-fledged PC and console MMORPGs.

While Warhammer: Odyssey has made its debut on the App Store and Google Play Store, it seems like the game isn’t ready for a full release quite yet. This global launch is actually a soft launch, so you should expect to find some bugs and issues that will be fixed when the game officially launches.

In case a few bugs are not enough to stop you, you can download Warhammer: Odyssey right now from the App Store and Google Play Store.