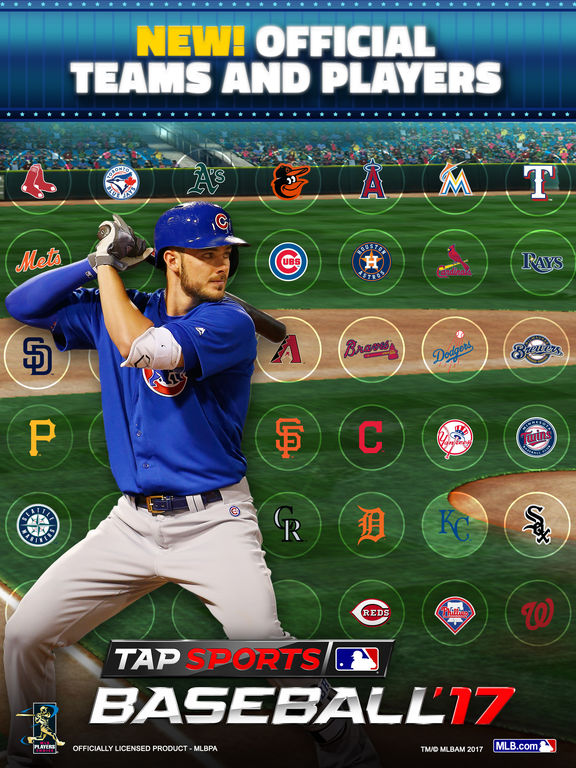 One of the most crucial things that the tutorial teaches you is the importance of waiting for the right pitch. The pitcher will often try to throw you curves or awkward balls to bait you into swinging. It’s important to practice a good “trigger” finger! Be patient and keep your eyes closely on the ball when the pitches throws. If it looks even the slightest bit too high or curved or what have you, it’s usually best to not swing.

2. Be careful with Autoplay!

For certain games you will have the option to let the computer take over your team and play out the innings automatically in a sped up fashion. If you’re short on team or you just want to see results you can choose to do this. However, be careful when doing so! Since you’re removing your own individual timing skill from the equation, all that’s left are your team’s hard number stats. If you have good players with high stats, it’s usually safe to autoplay. Just be aware of what you’re going up against, because if the opponent has better players than you, autoplay might yield not so great results!

In the Team menu, you can opt to improve your players through a variety of ways. You can improve them, trade-in inactive players, or upgrade them. Upgrading gives a permanent percentage boost to certain stats for all players on your team. Needless to say these upgrades are incredibly important and you should get as many as you can. With that said, you may want to hold off until you see a sale. Periodically you’ll see the upgrade window with a red border. This means that the upgrades are currently on sale up to 50% off. Act fast though as the sale only lasts for a limited time. If you manage to catch one though, they’ll save you a ton of money!

This is ultimately up to you to decide in the end, but we recommend Draft Picks to be your first choice in recruiting new players. Draft Picks will randomly pick a new player to add to your team permanently. You should always try to draw at least on the First Round Draft Pick, and if you have enough the #1 Draft Pick. A single pull from the #1 Draft Pick costs 300 gold. You can however opt for the Franchise Pick. Franchise players will stay on your team for a limited amount of games once drafted, and you’ll need to buy franchise coins to get them. Franchise coins go for 225 gold for a single coin, 600 for three, and 2000 for ten. While a #1 Draft Pick is slightly more expensive than a single franchise coin, you get to keep the player for good, which is why we recommend draft picks over franchise coins.

In addition to the regular matches, you can player in the versus ranking mode. You’ll play through a match like usual but your score at the end will be put on a leaderboard against other player’s score. Versus mode is done through seasons, and when a season is over players will be rewarded! Depending on how well you did, you can get a variety of goodies from a free #1 draft pick to 200 gold! Try it out if you’re waiting for your opponents to take their turns.

That’s all for MLB Tap Sports Baseball 2017! If you have any other tips or tricks to share, let us know in the comments below!