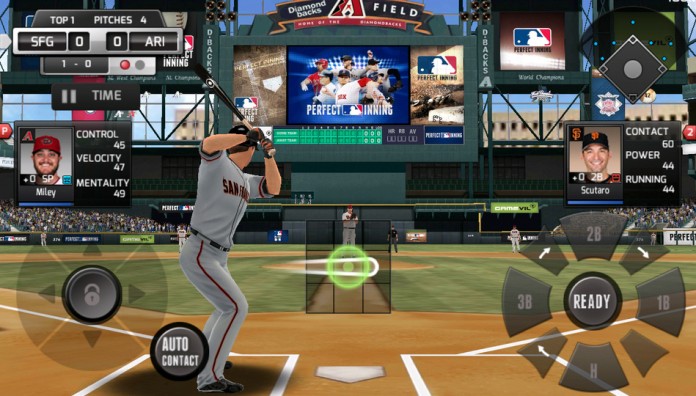 A few days ago developer Gamevil has confirmed that its baseball game MLB Perfect Inning was going to be released sometime during May on the App Store.

The announcement was a walcome one for all baseball fans, as the game promised to be a realistic simulation, unlike many other games currently available on the App Store. The fact that it’s a licensed games is also a definite plus.

And now the wait is over, as MLB Perfect Inning is finally available on the App Store sooner than anticipated. The game features all 30 MLB teams and 215 players, allowing gamers to build their own dream team. All players stats can be improved over time, adding a more realistic feel to the game. If the improvements aren’t as good as expected, you can also engage in some trading and get players that don’t require much training.

The game is also a perfect game for players who prefer to only manage their team, as an AI mode is also available. Other included features are the Chance Play and Full Attack modes, offering a broader range of options.

MLB Perfect Inning is now available for purchase on the App Store. Make sure to free quite a bit of storage space, as the game requires 1.2GB to be installed. A true heavy hitter, even in this sense.