Home Game Guides Mission Guide for The Battle of Blizzard Bridge in Kirby and the... 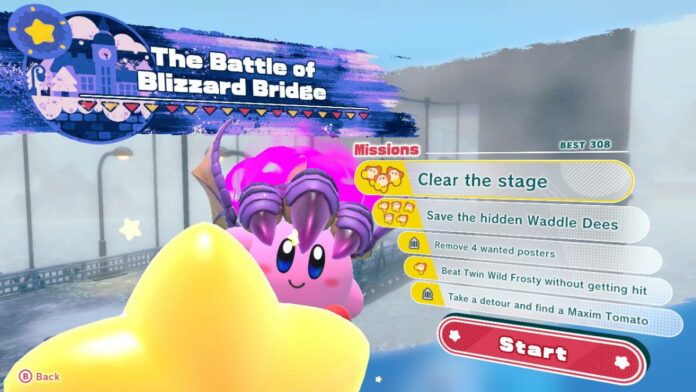 Save the hidden Waddle Dees

The final battle on the bridge will pit you against two Wild Frosties at the same time. For this mission, you’ll need to defeat both without taking a single hit. Unless you’re super comfortable with an ability, we recommend a ranged ability so that you can keep your distance, like Ranger, Fire, or Ice.

Take a detour and find a Maxim Tomato

At the start of the level, walk over to the left, and you’ll see some rubble. Get close enough and the camera should pan over, revealing a small hole you can walk you through. Go around the corner and the Maxim Tomato will be waiting for you!

Those are all the missions for The Battle of Blizzard Bridge. If you have any other questions or tips, let us know in the comments below!