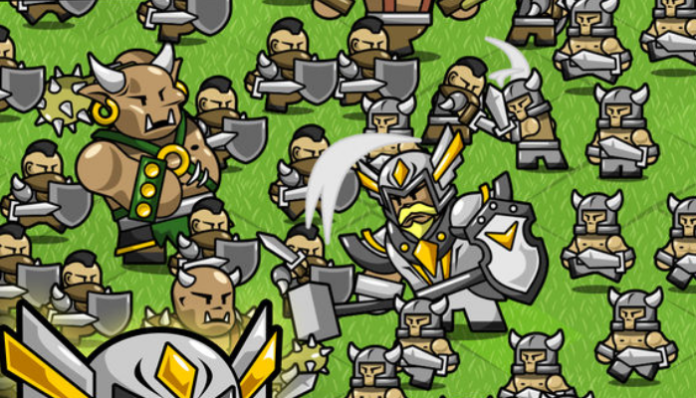 Mini Kingdoms takes place in the aptly named Mini Lands, where kingdoms clash and fight for land and power! You’ll be building up a mighty army in the base management mode, where you’ll then send your troops to attack other castles in the attack mode like Clash of Clans or Boom Beach. Whether you’re going after the Bandit Lord or other players, our Mini Kingdoms cheats and tips will help you out along the way!

While there’s definitely strength in numbers in Mini Kingdoms, you’ll also need to mindful of how you command your troops. We’ll show you the way in our Mini Kingdoms cheats, tips and tricks strategy guide!

Go for the defense towers first!

Of course, this usually isn’t at easy as pointing your soldiers in the right direction. Often times you’ll need to get around obstacles like walls and traps. If you want to avoid a certain direction, melee units like the Footmen will destroy walls if it means a shorter path to their target. Other units will follow them in, so use this to your advantage!

The single player campaign will see you tearing through the countryside raiding bandit encampments. Getting three stars on a level and getting all the gold from it are actually two separate deals – if you destroy the castle without destroying any of the gold storages, you may potentially get stars without gold.

Have no fear! You can always revisit earlier levels to see how much gold is remaining in the camp. Just keep in mind that the gold in the single player levels is finite and does not replenish, meaning you can’t just revisit old levels over and over again to farm up more gold. Once you pillage all of the gold, that’s it – you’ll have to move on.

If you’re stuck on a single player level that just seems too hard for you at the moment, you can always try out Multiplayer battles. You’ll raid another player’s kingdom to steal all of their gold! It costs one attack energy and 50 gold to do this.

You might end up going against a relatively weak kingdom, which essentially means easy gold! Like most PvP games though, players will have a log to see who attacked them, so expect a counterattack!

Keep a close eye on your gold reserves and make sure you don’t get too close to your cap. Build as many gold storages as your level permits, and then upgrade them as much as you can. There’s nothing worse than successfully raiding an enemy kingdom only to hit your gold cap. If you max out on gold during a raid, any more gold you earn is wasted – don’t let that happen!

Each type of unit excels at different combat strategies. Footmen are all-around melee units who can pretty much be useful in any kind of situation. Archers, while powerful with long-range arrows, are relatively fragile and will go down quickly. Use your Footmen to soak up damage while your Archers move in from the backline to attack towers.

This is just a small example of the different ways units can synergize with each other. Be sure to read the details about each one of your units to see how you can maximize their potential to the fullest!

That’s all for Mini Kingdoms! If you have any other tips or tricks to share, let us know in the comments below!