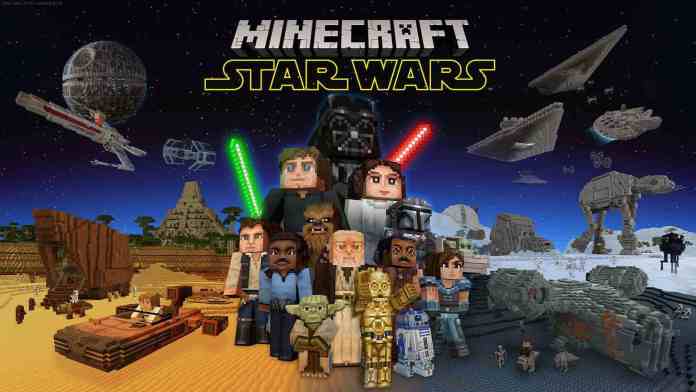 A new Minecraft DLC is now available for purchase on all formats, including Nintendo Switch, bringing characters and locations from one of the most iconic movie franchises of all time.

The new DLC is the Star Wars DLC, which includes content lifted from the original trilogy – A New Hope, The Empire Strikes Back and The Return of the Jedi – as well as from the popular TV show The Mandalorian.

Among the new content added to the sandbox game are a new map, a skin pack, a full bespoke texture set, mobs, items reskins, UI changes and new music. You can take a look at this new content in the trailer below.

Minecraft seems to have found a very welcoming home on Nintendo Switch. Not only the main game is receiving the same amount of support the other versions do, but the Nintendo console is also receiving exclusive content inspired by the popular sandbox game created by Mojang, like Steve as a Super Smash Bros. Ultimate fighter and more. The spin-off game Minecraft Dungeons has also done well on the console, and it will soon include a new update that will allow cross-platform play.