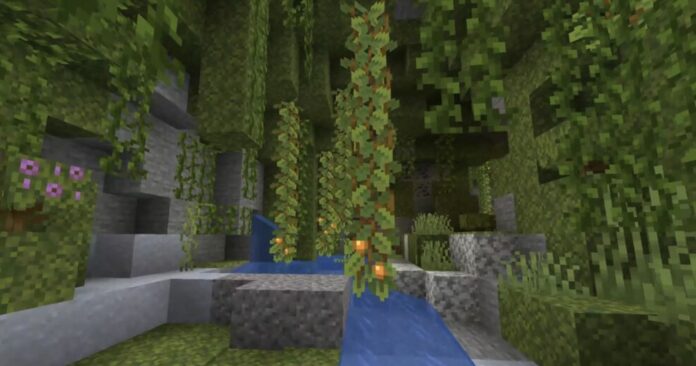 Minecraft update 1.17 has become one of the largest updates in a long time. In this update called Caves and Cliffs, the developers added two biomes. In addition to updating locations, new mobs and new blocks were added to the game.

In Minecraft 1.17, which was called the cave and cliff update, several new creatures were added too. Some of them are quite peaceful and even useful, while others are extremely dangerous and will attack you at every opportunity. Also in the update, there are new plants and even berries that can be eaten. Therefore, many players want to download the game. In this article, you will find the Minecraft 1.17 Caves & Cliffs APK Download Link, as well as the most important details on the update.

This is a new biome that is located deep underground. To find it, look for a new tree. After you find a new tree, just dig right under it and you will easily find a new biome.

As you enter the lush caves, you will see a large number of new plants, including Glowing Berries and Spore Blossoms. This is a new kind of berry that can only be found in lush caves.

In addition to the fact that new berries will be waiting for you there, in the cave, you can find spore flowers that will be on the ceiling.

There will also be many other new plants that will delight everyone who clicks to download Minecraft 1.17.

The update was released on June 8! However, MCPE 1.17 did not include all the planned content but only a part of it. The rest will be available along with the second part of the update, which will be 1.18. It should be released before the end of this year.