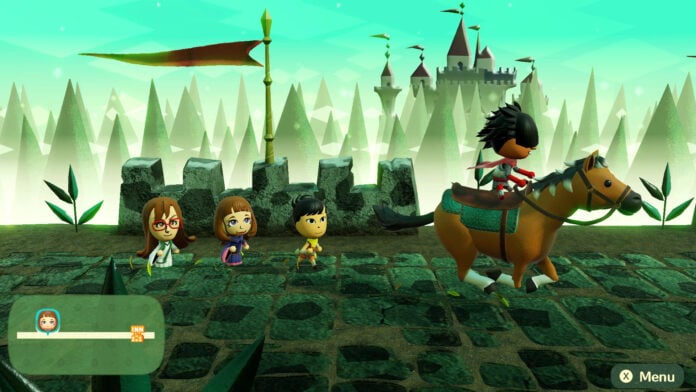 The Miitopia job system is among the game’s most unique mechanics. Thanks to this system, it is possible to assign different jobs to your Mii hero, letting them learn different abilities that can be more or less effective in conjunction with the character’s personality.

While most of the game’s jobs are similar to those we have seen in other role-playing games, there are a few ones that are somewhat unusual. The Cat job is definitely among them.

The Cat job may not sound like much, at least compared to other jobs in the game, but appearance can be very deceiving. The Cat job is actually among the best jobs in Miitopia, thanks to its more than good attack power and varied abilities which include some self-healing and food stealing skills. It takes a while for the Cat to become good after it is unlocked in Chapter 1, but when it does, you will probably not want any other job for your hero.

As the Cat is mostly geared toward offense, you want to improve the Attack and Speed stats as much as you can. MP, while important to use skills in battle, it’s not as necessary to improve as Attack and Speed, as the Cat’s skills don’t use all that many magic points.

With the Cool personality, the Cat gets access to the useful Pressure Point skill that increases damage by 1.5, which is very good to have for jobs that are good at offense. Stubborn is also a good personality for the Cat, as it lets the character act twice with the Again ability. This is particularly useful if you like Stealing Food with the Steal Grub skill.

The Cat’s skills are extremely varied, and among the most useful in the game.

Sharpen Claws – Level 2 – Sharpen your claws to cause great damage with your next attack.
Playful Antics – Level 4 – Cheer up a friend with rubbing and purring to recover their MP.
Cat’s Paw – Level 6 – Inflict damage to an enemy with a slashing attack. It really stings.
Double Scratch – Level 10 – Slash twice with sharp claws for double the ouchies.
Grooming – Level 16 – Take a moment to calm down and groom your fur. (auto)
Steal Grub – Level 21 – Snatch food from under enemies’ noses. Doesn’t always work.
Lick Wounds – Level 25 – Tend to your battle wounds and lick them clean, restoring HP.
Feline Frenzy – Level 32 – Slice all enemies with razor-sharp claws twice in succession.