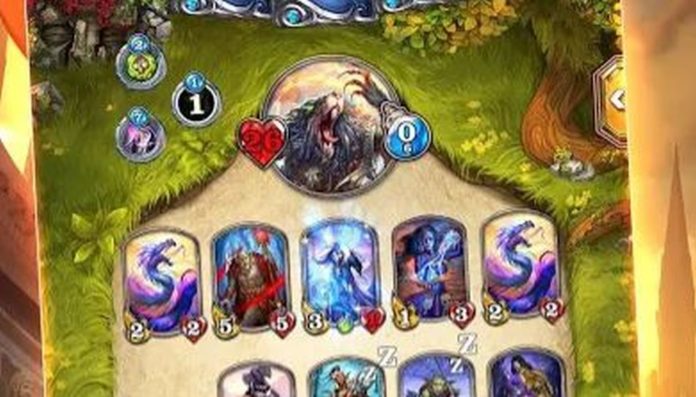 If you want to know more about which are some of the best cards in Mighty Heroes, then let me help you so that you can make some good decks to destroy all of your opponents without a doubt.

As you might already know by now, there are several classes that you can play as, and depending on which ones you choose to have as your main, that is the one that you should play around.

So basically if you are playing as a Necromancer, then you will want Undead cards, and other such cards which will give you different skills which affect your choices in certain ways, such as buff their ATK and HP and so on. So if you want to know what are some of the best cards in the game, you came to the right place!

In today’s article we are going to cover the Best Cards in Mighty Heroes, so let’s dive right into them and let me explain why I chose the cards that I did!

Here I will start with the cheapest cards to play, so that when your turn starts you will know which ones to pick, because they can really make a big difference if you compare their value to their mana cost.

This card is a very good spell card which you should use when you are about to get hit by some high damage cards or spells, because it will mitigate the damage you will take next two times. It’s super good also if you are in a life or death situation (or win or lose situation), if you can save it up until the last moment to turn the tables.

– Effect: Heal all friendly characters by 4.

It is a pretty good card if you are looking for a mass healer, because it will not only heal your cards, but also your character, which can be detrimental in certain situations. It is a good card, because the mass heal is very worth it and it is also super cheap to use.

– Effect: Gains +1/+1 whenever the opponent casts a spell.

This card can be super good if you can make it your “carry” card and play your deck around it, because it will gain +1 ATK and +1 HP whenever the enemy uses any spells (default spells or card spells). It can grow quite big, so it is extremely useful in any situation, unless the enemy takes it down fast.

– Effect: Battlecry: Give nearby minions Protection.

Use this card by placing it in the empty slot between two other cards, to make the cards immune to incoming damage to them for one turn. This can be super effective, so make sure you place it in the right spot, because it will only affect the one or two cards next to it.

Simple and easy – it’s a cheap and very useful card that you should use if you are low on HP (for the main character) or if your main damaging or “carry” card is low on HP, and you want to heal it up.

This card works just like the Mana Eater card, except its effect applies when you summon any Undead minions. It works very good with the Necromancer faction, because of the skill that summons a 2/1 Wasted Skeleton.

– Effect: Whenever your hero gets damage, deal the same damage to enemy hero.

It is a very rare card, but rightfully so. Its effect is super good, because as you can see, if your hero takes a lot of damage but is still alive, when used it will deal the same damage to enemy hero, which can be a real game changer.

The effect of this card is useful if you want to make enemies who attack the card go down fast, because the Thorns 5 effect will deal 5 damage to whichever card is attacking the Devoted Crusader.

– Effect: Whenever this minion attacks, deal 2 damage to the enemy hero.

The effect of the Kazuo card is extremely useful, because the longer it can stay in the game and fight, even if it is not attacking the enemy hero, it will still damage it. It’s a very difficult to obtain card, but it’s well worth it.

– Effect: Deal 2 damage to the minion and the enemy hero.

It’s much like the Kazuo card, except it’s a one time only thing. It is a very cheap card, and if you use it often (if you have it several times in the deck) it will be pretty good to damage both the units and the hero at the same time.

– Effect: Whenever this minion attacks, restore its health completely.

This card, if it will not take lethal damage, it can become very annoying to deal with, especially if you buff its HP and ATK. It can easily be a “carry” card if you have enough other cards to buff it.

– Effect: Give a friendly minion +2 attack and Immunity.

It can be a very useful card to buff up your carry card, because it grants immunity which is very good for keeping it alive. The attack bonus is also not to be neglected, because +2 attack is a pretty good deal.

If you buff this unit’s attack with other cards, it will double because that is the effect of this card. It’s a pretty useful unit, if you manage to keep it alive for long enough to gain a ton of Attack and take down the enemy hero fast.

– Effect: Transform a friendly minion into a random minion that costs (2) more.

It is quite the gamble, but usually it is a very good card to play if you want to improve some of the trash cards or even if you dare risk your good cards to improve them.

Its Battlecry effect is very good if you already have deployed your carry card, because with the Grassland Pixie you can buff its HP and ATK quite a bit, so it’s definitely a card that is worth its 3 cost.

It speaks for itself – draw 2 cards. It’s better than draw 1 card, so it’s a very good spell card to use.

– Effect: Give all friendly minions +2 attack.

If you are playing a Necromancer, then it will work wonders if you have summoned a few skeletons. Either way, if you have a lot of units summoned, its effect will be super good.

– Effect: Give all friendly minions Thorns 4.

It’s an extremely useful card if you want your minions to deal 4 damage each when they are being attacked by the enemy. It’s a card that you should play when you have 3 or more units deployed.

This is where the higher cost units start popping in, so I will not list all of them because obviously all of them are good for something. Instead, I will list here all of the units which are overall good in certain situations, and explain how I prefer to use them.

So if you don’t see all of the 7 cost units listed here, don’t worry – they are definitely good, but I have listed only some of them, which you should pay close attention to because they are some of the best (if not the very best).

– Effect: Deal damage equal to the number of minions on the battlefield.

The more minions there are on the battlefield, the better it is if you want to use this card. Use it when all of the units are placed, and attack the enemy hero to deal a lot of damage.

Definitely use this card if you are making a “Carry” card deck because it is one of the best buffer cards in the game.

This card is very cost effective because it will summon 2 random Undead minions. Add this card to your deck if you are playing a Necromancer because you will not regret it.

– Effect: Deal 6 damage to an enemy minion. If it dies, add it to your hand.

You should save this card for the “end game” scenarios where your opponent will start using their strongest cards. When that happens, check them out and the one that you want to claim for yourself use this card to kill it and add it to your hand. However, make sure you kill it! Otherwise this card’s effect will not apply!

– Effect: Upon taking lethal damage, return to owner’s hand instead of dying.

If you want to “surprise” your enemies, this card is very good because it has decent HP and ATK, and its effect makes it pretty annoying to kill it once and for all!

This card is extremely annoying to deal with because it has a pretty high HP (8) and it will constantly buff your other minions that you place down, so it is good for both dealing damage and buffing the rest.

This card is definitely good because its effect is extremely useful no matter the situation.

– Effect: Battlecry: Draw 2 cards, put any minions you draw directly onto the battlefield.

This unit is extremely good because you will instantly place the units onto the battlefield, without needing to spend mana to do so. However, the card costs quite a lot so make sure that you save up mana before and use this card relatively early on.

– Effect: Whenever this minion attacks, deal 4 damage to other enemies.

This card is super good, because once placed, whenever it attacks you will deal AoE damage (4) to all the other enemy units, so it’s like attacking them without using mana.

These would be the best cards in Mighty Heroes! Which ones are your favorite? Let us know down in the comments section below! Also, don’t forget to check out our game guide to learn more about the game and how you can defeat your opponents! 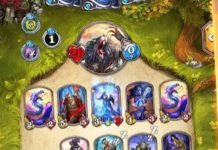