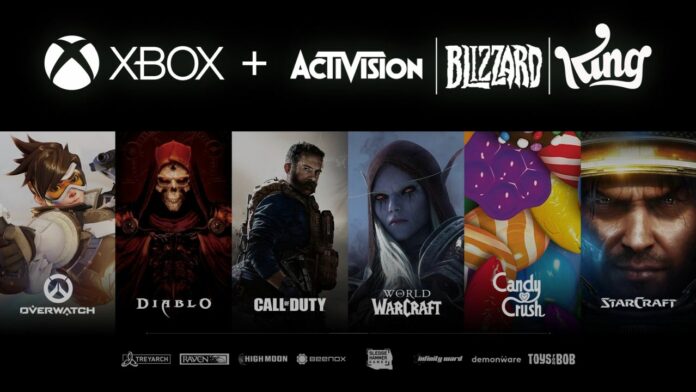 Over the past few years, Microsoft’s gaming division started a massive expansion endeavor by purchasing renowned gaming studios and even whole publishers, like ZeniMax Media, Bethesda’s parent company. The $7.5 billion deal to purchase the publisher of popular franchises like DOOM, The Elder Scrolls, Wolfenstein, and many others, however, pales in comparison to today’s newly announced deal.

News of the deal comes as a shock, not only for the sheer size of it but for the controversy that continues to surround Activision Blizzard to this day. Reports of sexual misconduct and harassment going on at the publisher have been frequent in the past few months, and Phil Spencer himself addressed the issue briefly, confirming that they’re looking forward to extending their culture of proactive inclusion in the teams across Activision Blizzard, which include all studios responsible for Call of Duty like Infinity Ward and Treyarch, Blizzard Entertainment, the developer of Diablo and Overwatch, and many others.

As the deal will only be closed next year, things won’t probably change too much, regarding how Activision Blizzard operates this year, so we should still see Call of Duty 2022 release on PlayStation as well as on Xbox consoles and PC. Past this year, however, no one can tell, although Microsoft apparently plans to keep making some of Activision’s games for PlayStation consoles and possibly Nintendo Switch, according to a report from Bloomberg. What we do know for certain is that Microsoft will offer as many Activision Blizzard games on Game Pass, and expand cloud gaming even more, something that will allow even more players to access the many excellent games that Microsoft publishes.

No matter what the future may hold, it is undeniable that we are living in some very exciting times for gamers all over the world. Now that Microsoft has struck yet another blow to the competition, it will be very interesting to see how Sony and Nintendo will respond to it.