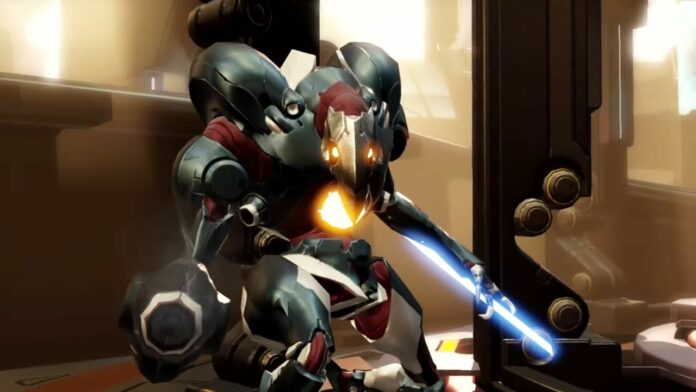 Bosses do not need to be huge and intimidating to be strong. During her time on Planet ZDR in Metroid Dread, Samus will have to face plenty of enemies that are far from being huge but are still powerful enough to take her down in a few hits.

Here’s how to defeat one of these enemies, the Robot Chozo Soldier.

How to Defeat the Robot Chozo Soldier in Metroid Dread

The Robot Chozo Soldier comes with a variety of long-range and short-range attacks, but it’s the short-range attacks that are the most dangerous. The boss will constantly try to close the distance with Samus, so use the Flash Shift ability as much as possible to stay away from the boss and make it miss its slashing attacks. In case you cannot use Flash Shift, jumping may be enough to avoid getting damaged, as the Chozo Soldier’s slashing attacks cover horizontal range, but not vertical.

The long-range attacks, while powerful in their own right, are not too difficult to dodge. You can use the time needed for the boss to use them to start charging your beam, although missiles are way more effective and easier to use, as you do not have to hold down a button to charge them.

If you’re feeling confident, you can also charge up the Shinespark ability and use it to deal massive damage to the boss. The area where the fight takes place has just enough space to do so, so you can lure the boss on the upper platforms, then descend to charge the ability.

No matter how you damage the Robot Chozo Soldier, defense should always be your top priority. Avoid attacks properly, unleash a barrage of missiles or charged beam attacks, and the boss will soon become history!