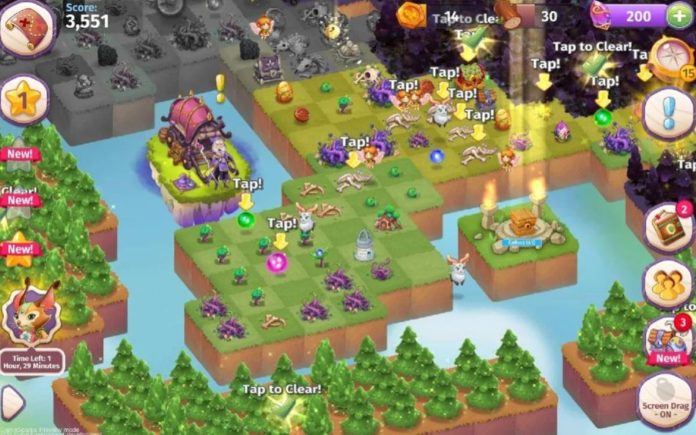 Are you curious about all the ways that you can make more coins in Merge Magic? Well, look no further because we are going to explore all of them right here with you!

By now you probably read our game guide where we tell you all the tips and tricks that we got on the game (and by the way, if you know some more, feel free to share them with us and the rest of the players) and if you happened to be in a stump and need some coins, but didn’t know how to get more fast, then that’s why we are here!

In our article today we are learning how to make more Coins in Merge Magic fast (or not so fast sometimes) and hope that it will help you expand your garden and collection of mysterious creatures that help you farm!

Merge Magic – Make Coins by Collecting them from the levels

This one is pretty simple – all that you really have to do is play the normal stages of the game – or the normal levels if you may, and collect Coins there while you are trying to solve the puzzles and pass the stage.

Another way to get more coins when playing the levels is to tap on the reward for your Garden once you have completed a level! All that you have to do is select from the interface that appears once completing the stage the Coins, and they will be added to your Garden!

In your Garden you will spot sometimes some stars that look like they have fallen from the sky – they are called Fallen Stars! Tap on them continuously because they yield various rewards inside, among which some Coins sometimes! It’s definitely worth doing this because you never know what the stars might contain!

These Fallen Stars will appear usually when you complete various tasks (that you can see in the left side of the screen) and while they don’t GUARANTEE that you get Coins, you might get some, along with Energy and other useful stuff.

Merge Magic – Make Coins by Collecting them from the Store on offer!

You can pay Magic Gems if you have a few spare (125 or so) by purchasing a True Gold Coin which contains 2000 Coins inside in the Store to help you kick start your garden! This is definitely worth it! It will help you build and expand your garden quite a bit!

The more you upgrade your Coin Storage units, the more Coins you will be able to wield at one time. I suggest that you upgrade these first and foremost, because even if they cost a lot, they will also start giving you Coins when you tap on them at higher levels!

It’s definitely a nice way to increase both your Coin capacity and get some Coins for free, so definitely do this whenever you have some extra Coins to spare, or do it if you have bought the True Gold Coin!

While this is definitely possible, which means that you can sell pretty much anything that you have in your Garden to obtain Coins, I don’t really endorse it, because I don’t think that it is a good way to make Coins.

It is good if you sell some dead bushes and branches which you cannot do much with, but definitely DO NOT sell your critters and good trees, huts and so on. They are good because they produce Energy, so it would be a waste to sell those useful units.

Sell only the dead trees and branches, or other useless stuff!

You can make more Coins also by discovering more areas and lifting the curse in your Garden! The cursed areas might contain Coins, so it’s definitely important to keep on expanding and de-cursing the areas! You could discover quite a lot of Coins in the process!

If you have more Coins of the same type (3 or rather, more than 3 preferably) don’t collect them immediately! What you should do instead is merge the Coins into a better tier Coin which gives you more Coins when you tap on it!

These would be all the ways that we can think of that you can get more Coins in Merge Magic! Do you know some more ways? Have we missed anything? Leave a comment down below and let us know! 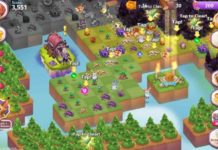