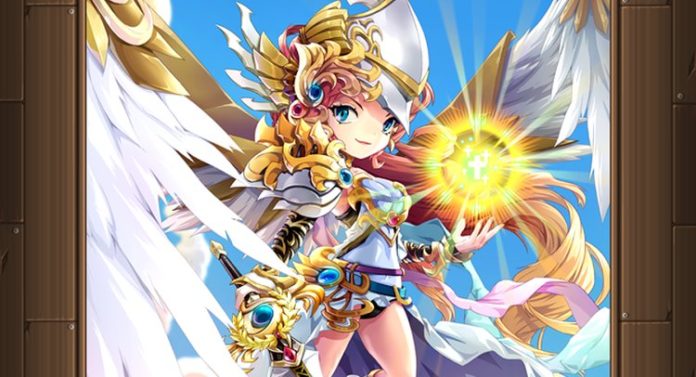 Medal Heroes: Return of the Summoners is a beautiful RPG for those who like collecting heroes, leveling them up and building teams that are capable of destroying hordes of enemies. I absolutely love this type of game and I end up spending tens of hours playing… and if you want to do the same, I’m here to make sure that you get the most out of this by sharing some Medal Heroes cheats and tips.

There are a ton of things to unlock in the game and being active is extremely important, but there are also so many little things that you could miss and ignore and doing so would result in slower progress or lost battles. So let’s make sure that’s not going to happen by checking out some Medal Heroes tips and tricks below!

Collect all the freebies
There are a ton of freebies offered in Medal Heroes: Return of the Summoners, some of them easy to miss. So make sure that each time you log in to the game, you collect everything you are rewarded with for free. Daily log in rewards, event rewards and all sorts of rewards and freebies can be obtained in the game by simply tapping all the items in your Kingdom and main screen that have a red dot nearby. Don’t forget that after claiming most freebies, you will have to collect them from your inbox!

Choose a solid Leader
By setting your best hero (most stars, highest level) as the Leader, you will not only get a substantial skill boost for all your other heroes depending on what the leader offers, but you will also see it recruited more often by other players, making it easier for you to make more friends and earn hearts which can be turned into free chests.

Know your heroes
With tens of characters available in the game, it’s easy to get lost and confused. But knowing your heroes – or at least the skill they have when activating it in battle – is extremely important. In order to make things easier, consider the heroes with the larger number of stars better from the start. There are few occasions when a character with fewer stars are better than those with more – usually when comparing a high level, more common hero, to a low level but rarer one.

However, in the long run, it’s the characters with the higher number of stars that have better stats and skills, so you should focus on them. Keep an eye on their skills, as well as their elements and make sure that you always bring the best ones for the job into battle and that you use their skills when they matter the most.

Auto battles save you time
It’s not as fun as playing on your own, but the truth is that in Medal Heroes, completing fight after fight can turn into a chore. This is why I usually let the AI take care of the battles on my behalf, especially the easy campaign battles that I am sure I will win without a problem. The good part is that you can still activate the special skills manually if you want to, without interrupting the auto mode. So you still get to play a bit, if you want to.

Join a guild ASAP
As soon as you unlock that feature, you should make sure that you join a guild, and an active one that is. Being part of an active guild makes everything not just a lot more fun, but helps you a lot when it comes to progressing and getting better characters and the option for bagging in better rewards. If your guild is not as active as you’d like it to be, there’s no problem in searching for a better one. Remember: the better your guild, the better you will be as a player!

Always train in the barracks
The barracks take time when training your heroes, but the good part about it is that you can have them training and STILL use them in battle. So it makes absolutely no sense not to train your best heroes – which are always those with the highest number of stars. Make sure that you upgrade your barracks as well in order to be allowed to train the rarer heroes there!

These would be, for now, our tips and tricks for Medal Heroes: Return of the Summoners. If you have other suggestions for fellow players, don’t hesitate to let us all know by commenting below.