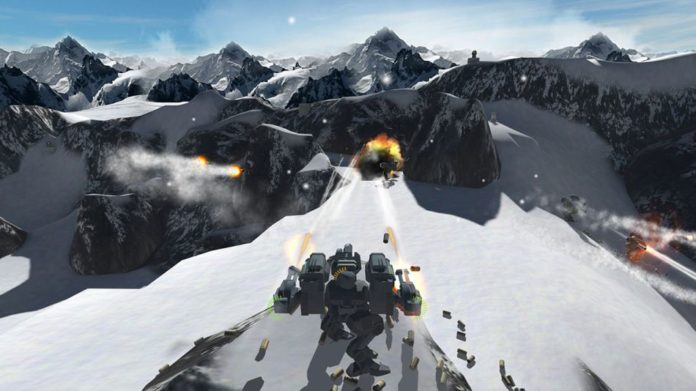 On the face of it, Mech Battle is a pretty straightforward proposition. There’s you, either alone or in a team, and you’re piloting a mech, and so is everyone else, and almost everybody explodes. Simple.

Except it’s not simple – not by a long shot. There are nuances and subtleties both on and off the battlefield, and if you go in guns blazing every time you’ll never get anywhere. This handy guide will help you hit the ground running.

There are several maps in Mech Battle, but they all contain the same mix of cover and uneven ground. Mastering the terrain is a huge part of mastering the game.

And so is mastering your weapons, which all work best in their own particular contexts. We’ll begin with them. 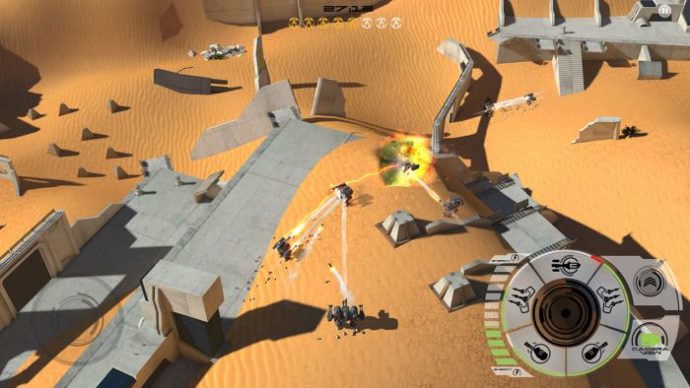 Kinetic: These are your basic shooty bullet guns, starting with the default Cannon and graduating to the F300 (which is like a shotgun), MG (which stands for machine gun), and Decimator (don’t be fooled by the name – it can destroy more than one tenth of your enemy).

Rockets: These are, well, rockets – big exploding tubes that fly through the air and ruin their targets’ lives. They include the basic Q200, which fires one rocket at a time, and the Persuader, which fires nine.

Homing Missiles: These are rockets with a difference, in that instead of firing straight forward they hunt their target down. This category of death-dealing device includes the Tomak, the TomakNGEN, and the Swarm, which is exactly what it sounds like: a swarm of exploding rockets. Whoooooo!

Energy Weapons: The most futuristic of the ballistics, these weapons include the Plasma Gun, which you may remember in a different form from Quake 3, and Bertha, a massive powerful beam of killer light.

On top of these assault devices you can mount shields on your mech, to give you a burst of protection in the melee of mech combat. To buy more advanced weapons you need to reach a certain level.

Each of these weapons and shields has its own unique stats. You can compare such detailed metrics as damage, damage over time, damage over range, reload time, fire delay, clip size, and more depending on the weapon in question. 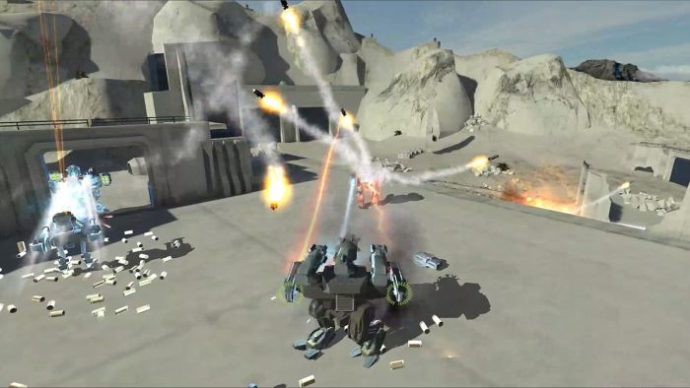 While engaged in combat there are measures you can take to keep your mech out of harm’s way and everybody else’s mech in the firing line. The most important measure by far is using cover.

The ragged hellscape of the future is littered with buildings that you can hide behind, though you can never truly hide – every player is always visible to every other player in the form of an indicator. But if you’re armed with Homing Missiles you can chip away at your opponents’ health from afar.

You can also use cover to hide behind in a close-quarters firefight, while at the same time taking evasive maneuvers to make it difficult for your opponents to get a bead on you.

Your weapon loadout dictates how you should play. Kinetic Weapons are useful at a wide spectrum of ranges, while rockets should only be used at range and with a clear line of sight. The only real way to get a handle on which weapon is suitable in which context is with practice.

There are 15 different mechs to choose from, though only the most basic ones are available at the outset. These mechs come in a variety of sizes, from hulking and loaded up with mountpoints to nimble and modestly armed. Some can also boost temporarily, while others can jump.

To unlock all of the available mechs you’ll need to earn a hell of a lot of in-game currency, and here’s how you do that. 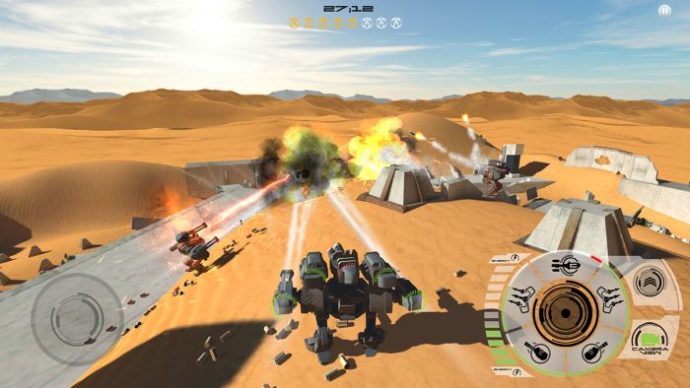 Away from the battle

Lithium: This is the most abundant form of currency. You earn it by dealing damage in battle and winning a round. However, you also lose some after every battle, since you need to pay to have your mechs repaired.

You spend Lithium on upgrading your mountpoints and mechs, as well as buying new mechs and weapons.

Platinum: This is a more expensive currency. You earn it in battle by finishing a game, being the last mech on the battlefield, and destroying the greatest number of enemy mechs. It rewards exceptional skill.

You spend Platinum on unlocking new mech slots or skipping timers. The advantage of unlocking mech slots is that you can put mechs in them, effectively giving you an extra chance in battle.

Energy Cells: These are for trading. You can spend five, 25, or 50 Energy Cells on a Silver, Gold, or Ultimate chest. You can see what these chests contain before buying them, but you don’t know which of their contents you’ll end up with, introducing an element of chance into proceedings. In any case you’ll come away with some currency or an item or two, so it’s worth investing. 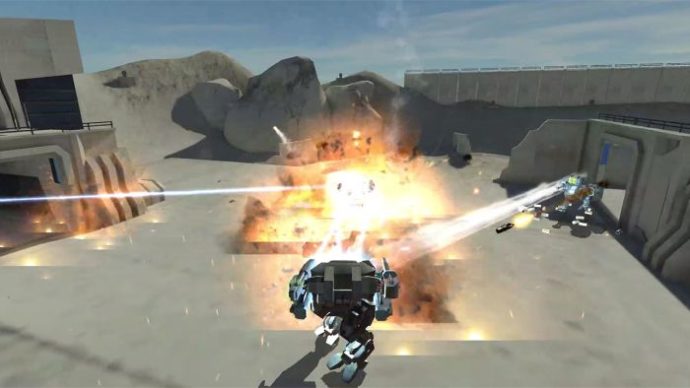 You can find the trading function on the left of the hangar screen, and alongside it you’ll find a couple of other places to score free currency.

One is the Battle Progress Rewards screen, where you’ll get a fairly generous daily serving of Platinum, Lithium, or Energy Cells just for logging in.

Another is the supply drop, with serves up more frequent but less generous packages of currency which you can supplement by watching a video.

And to the right of the hangar screen you’ll see a little white circle leading to the Offers and Bonuses page, where you can find yet more donations to help you on your way to global domination of the post-war dustscape that Earth has become.

Finally, you can eke out a bit more cash by selling your unwanted weapons.

Don’t forget, in case that you haven’t done so already, you can download Mech Battle from Google Play and the App Store. 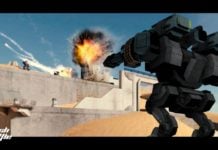