Home Guides Mavenfall Cheats: Tips & Strategy to Win All Matches and Build a... 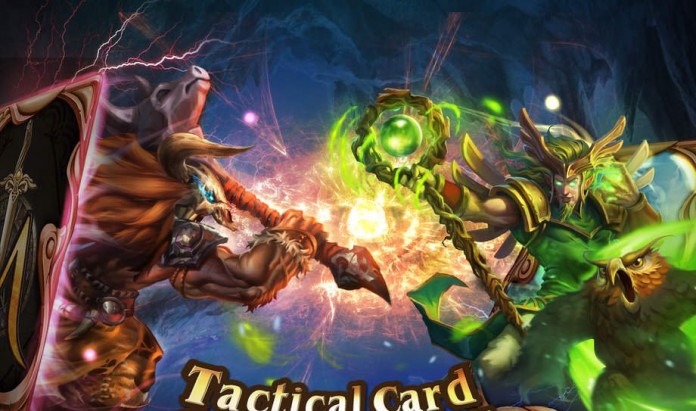 Mavenfall is a really cool and addictive RPG game that has just been launched on the iOS store. It offers huge challenges and extreme variety thanks to its collectible card game mechanics and I am sure that this is the type of game that you’ll end up playing for ages. Or at least until Fallout 4 launches, ha!

Jokes aside, this is a really good game and I am here to help you make it even better by sharing some Mavenfall cheats and tips with you in order to beat all stages, build a perfect line-up and have the most fun when playing the game. So let’s not waste a single second and let’s check out below our complete set of Mavenfall tips and cheats!

1. Focus on the Adventure
I know that playing in the Arena against other human players is what you love doing the most, but playing the Campaign/Adventure mode is what you should focus on at least early on: this is the sure way to unlock more Mavens (Heroes) for your squad, as well as get new cards to use in battle. This, in return, makes you stronger in the arena so it’s really worth spending a few days (at least) concentrating on the single player campaign before focusing on destroying everything you meed in the arena.

2. Study the cards in the Adventure
When playing the single player player campaign, you will get a specific set of heroes to fight with and they all have a specific set of cards (usually unknown). Although you will usually know most of the cards that you can play with, don’t forget to study all the ones that you have: you might get access to some really strong cards that you don’t normally have in your deck. Finally, in the adventure mode, you can replay a stage to get a brand new draw of cards and hopefully get an advantage when it comes to playing your cards right. A bit of luck is always involved in this case, but never lose faith as all stages are made to be defeated with the starting heroes that you are given!

3. How to win all fights
We can probably write a novel based on the multiple strategies that you can adopt in this game when it comes to winning your fights, but I will try to keep it as brief as possible. Here are my tips and tricks to winning all your battles:

– First and most important, know your cards and your heroes. You will randomly draw three cards each turn and you can select what hero to get them from. This is why you need to know exactly what you might get: for some fights, you’ll want to get buffs on a single hero and attack a major tank in front of you, in other cases you’ll want to go for cards that cause area of effect damage (multiple enemies hit) in order to take out lower health enemies at the back… this is why it is vital to know what type of card you can get from each Maven you have in battle and how to best use them. Going randomly when it comes to drawing cards is the perfect recipe for failure.

– Set up your decks having in mind the boosts and buffs and everything else. For example, the Blade Dancer has some really nice basic card decks, which stack up on damage if used consecutively. Replacing those with higher value cards might not always be a good idea: read and know what each card does and decide for yourself, but don’t forget that low value cards with stacking effects, including basic cards, can do quite some damage.

– Only bring to the fight the heroes you like the most. Those you know can cause damage are the best – play the Adventure, unlock as many heroes as possible and focus on making them the best you have.

– It’s usually a good idea to go for damage first and taking out as many enemies as possible. Having 5 enemies with one health is way worse than having just one with 10-15 health. This means that you should focus early on on high damage cards and on taking out as many enemies as possible. If there are a ton of enemies, especially damage-dealing minions, you should consider setting up a totem to draw some damage and keep your character alive. In other words, try to keep alive as many Mavens of yours as possible while reducing the enemy’s number by as much as possible.

– Learn from your arena battles. There are some great players there with amazing strategies, so learn from their gameplay and “steal” their useful techniques. The Arena is the place where you can learn a lot, even if that means losing a few games…

4. How to get more heroes
Winning in the Arena and going through the Adventure will unlock your heroes eventually, but you can also get some new Heroes by buying them with Dust. You get dust from selling skill cards that you don’t want to use, which makes it even more important to know exactly what cards you want and need – in order to sell the other ones and unlock new heroes. You can also get cards from card draws and in that case you should always focus on buying the 10 packs in order to get the best value. So be patient, get enough gems or coins and get the 10 packs!

5. Complete the daily challenges and log in daily
This helps you get coins and especially gems and you will eventually get enough for free for a 10 card draw. Logging in daily will reward you with cards and other goodies, so you should always do your best to log in at least once per day even if you can’t play. Playing in the arena also rewards you with Gems, so make sure that you play the Arena when you have a solid team.

These would be, for now, our tips and tricks for Mavenfall. Do you have any extra strategies to share with us? Let us know by commenting below!