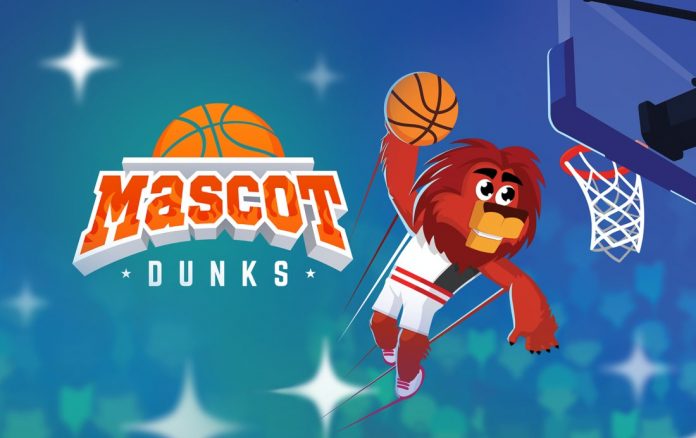 Crimson Pine Games have just launched an addictive dunking game on the App Store – Mascot Dunks. A “tap at the right time” type of game that can be played using a single hand, Mascot Dunks is at the same time deceptively simple and infuriatingly difficult. You’ll play over and over again trying to top your high scores and unlock everything in the game. But we’re here to help with some Mascot Dunks cheats and tips.

If you played this game, you know that it’s mostly about skill and perfect timing, but for any extra advice – including on how to unlock more characters faster – check out our Mascot Dunks tips and tricks for Crimson Pine Games’ app!

1. It’s all about timing
You will only get coins for perfect landings on the platform, so make sure you get at least the early ones right by tapping at the right time to land in the middle of the platform. Afterwards, things get a bit more complicated and landing correctly is your only concern.

2. Look at your shadow
I found out that the easiest way to land on platforms correctly is to look at your character’s shadow instead of following them around and trying to calculate the right angle for landing. Have in mind that your shadow will be slightly to the left compared to the spot you’ll land on, so don’t wait too much before tapping. But do give it a try and look at your character’s shadow for endless runs: the first time I realized that it’s easier to land on those platforms by looking at the shadow was the first time I managed to score over 10 dunks (without a revive). It’s all easier if you do it like this!

3. Dunks don’t really matter
On some occasions, if you landed on the right end of the final platform, your character can actually hit the hoop and reward you with a game over message. So if you see that’s about to happen, just tap the screen to get a failed dunk. You won’t get the extra point for dunking, but at least you’ll be able to continue your run and get at least an extra chance for doing it right. So always pay attention at your character in relation to the hoop!

4. How to unlock more characters
Extra characters don’t really give you any bonuses and are purely for aesthetics, but it’s fun to have them all. You can obviously pay to unlock extra characters, but if you don’t want to do that, you will have to spend coins in order to unlock random ones. You get coins from landing correctly on the platforms, but there are other ways to get them: watch ads for 100 coins whenever you have the chance (and the game does give you a lot of chances) or take advantage of the free mascots offered for liking the game on social media. Finally, the timed rewards might also have coins for you, so keep an eye on them and claim them as soon as they’re unlocked.

5. Become a VIP
Front row seats and super bonuses. You can purchase VIP treatment in the game which removes ads, gives you a free revive which will come in handy if you want to rule the scoreboards, plus you get a 50% price reduction for one of the mascots. It’s not the latter, but the first two bonuses that make this matter – plus you support the developers as well!

6. Take breaks
Eventually, Mascot Dunks will manage to get you extremely frustrated and angry. When that happens, it means that it’s the right time to take a break. Just put the game aside for 15 minutes or a few hours and you’ll see that when you get back to it – calmer and more focused, you will be able to get more than what you’d get from playing when angry or frustrated.

These would be our tips and tricks for Mascot Dunks by Crimson Pine. Do you have other strategies that work to get as far as possible? Let us know by sharing your comments below!