Home Guides Marvel’s Guardians of the Galaxy: All Rocket Abilities 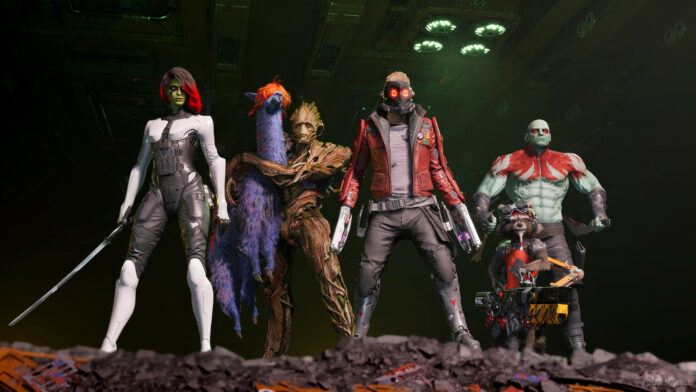 While only Star-Lord is playable in Marvel’s Guardians of the Galaxy, players can still use the special abilities of all the other Guardians to take down the many enemies they will face as they try to save the universe once again.

Here’s everything you need to know about the powerful abilities that Rocket can learn during the course of the adventure.

All Rocket Abilities in Marvel’s Guardians of the Galaxy

To learn abilities in Marvel’s Guardians of the Galaxy, you will need to spend Ability Points, which are obtained by leveling up. The AP pool is shared among all characters, so you will have to think carefully about how to invest them.

The Cluster Flark Bomb ability is Rocket’s first ability. Unlocked with 1 AP, this ability unleashes a blast that targets a single enemy, but damages every other one surrounding them.

The Gravistack Grenade is Rocket’s second ability. Unlocked by spending 2 AP, this ability unleashes a special grenade that draws all enemies in a certain radius together and finishes them off with a second powerful attack.

Glowing Pains is Rocket’s third ability. Unlocked with 3 AP, this ability lets Rocket throw a grenade that unleashes darts upon going off that deal Light Stagger to all enemies for a short amount of time while making them more susceptible to Stagger damage.

Five Barrel Barrage is Rocket’s ultimate ability, and it is unlocked automatically as you make progress in the story. With this ability, Rocket unleashes the full power of his arsenal, dealing massive damage to a single target and all enemies surrounding them.

Marvel’s Guardians of the Galaxy: All Rocket Abilities