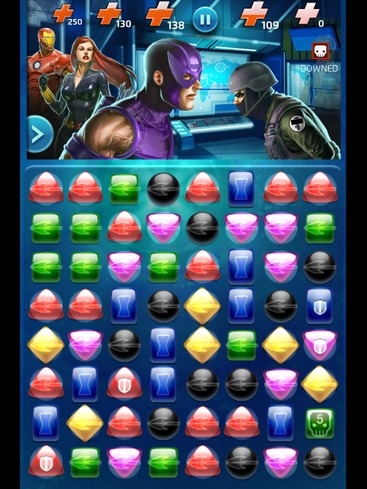 You may think that the Versus Mode is something that can be played on the side and that doesn’t help you in the single player mode. This is not true at all, since competing and winning against others in Versus Mode will make you obtain good amounts of Iso-8 which can be used to power up your characters.

Obtaining Iso-8 in Versus Mode is actually the fastest way to do it, especially if you start getting good at the game, and it makes the required grinding more bearable.

Here we will be giving you a few tips on how to proceed in Versus Mode and emerge victorious in most battles.

Before challenging someone, it’s always best to check out the opponent’s cards and their hit points. Trying to challenge a stronger opponent will only result in getting your characters tired and lose the match. Since you’ll be playing Versus Mode to win and obtain Iso-8 and other rewards, it’s always better to challenge weaker opponents. You can also challenge others whose skill level is similar to yours, but you’ll probably have a harder time in winning before three turns.

Dealing with characters with healing powers can be quite troublesome, making you waste more turns to defeat the opponent. The best way to approach this situation is by storing AP as much as possible and unleash a series of special attacks at right moment. Needless to say, you’ll have to target the healing character, who will probably be defeated by your sequence of special attacks. Trying to take them down little by little will not be effective at all since they’ll heal themselves the first chance they get.

If you’re only objective in Versus Mode is obtain Iso-8, you can get more of it by selling duplicate cards. This is the only the useful way to deal with duplicates, since you cannot even use them in battle.

Last, but not least, make sure to participate as much as possible in Tournaments. They’ll be the best way to unlock characters, obtain rewards, improve your ranking and your chances to obtain higher Iso-8 amounts. The higher your rank is, the more Iso-8 you can obtain by defeating opponents in less than three turns.