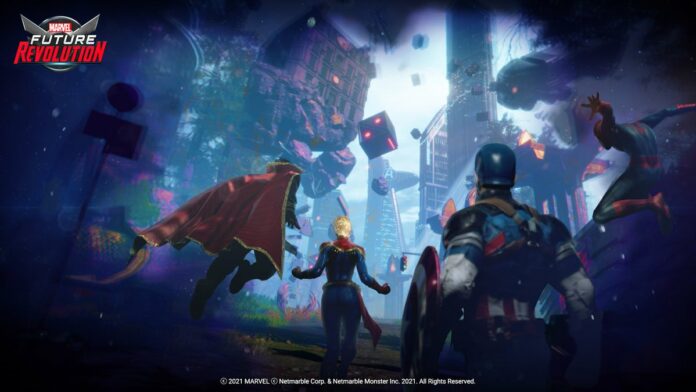 Marvel Future Revolution is a high-performance mobile game for Android and IOS based in the Marvel Universe. The multiplayer open-world gaming experience is full of your favorite Marvel heroes and villains, a multiverse storyline, and many game modes including the Dark Zone.

What is the Dark Zone?

The Dark Zone is a tough game mode in which you can play PvP and PvE. Targets are more powerful than in regular modes, and so you will receive higher grade items, badges, and Omega Cards for defeating them. It is open 24 hours a day, but you are only given one hour each day to play in the Dark Zone mode, and it is closed during rank settlement.

Players must have completed the Epic Mission [5-42] Dimensional Rift before they can unlock the Dark Zone arena. It is recommended that players are also at Hero Level 99 before attempting the tough mode. To enter the Dark Zone, you tap the menu button on the main screen, find Arena, and then tap Dark Zone. You can also enter the Dark Zone through the main World Map.

In the Dark Zone, you can enter a selection of three locations, or “territories.” Each territory has a limit of 50 players (Agents) at a time, so if the location is full, you will be placed on a waitlist until a space becomes free. After your allotted 1-hour slot has finished, you will be kicked from the Dark Zone. This mode resets at midnight.

A recent update has made Territory 3 a PvP free mode, meaning players can enter that location and be free to focus on the PvE aspects of the game.

How to Play in Dark Zone

You can play in Dark Zone as a solo player or as part of a team. You and your Alliance battle against regular and Prime targets, as well as other Heroes, while investigating the area. You can use the mini-map to see where targets have spawned and can place flags as rally points to communicate to your team where you are moving to.

There is an auto-battle mode where you will attack enemies by default. You can change the settings for this by tapping the target settings button on the bottom right of your screen.

The aim of this mode is to earn as many points as possible—you can see your accumulated points on the top right of your screen. Collect points by killing enemies and picking up items. As you earn points, you will accumulate buffs exclusive to the Dark Zone. These buffs will be reset once you leave. Once you defeat—or help others in your alliance defeat—a prime target, you receive a villain-themed Omega Card and crafting materials.

You have three revives during gameplay and you will be kicked from the Dark Zone once all your lives are used up.

You can earn extra rewards based on your ranking by the end of the week. Weekly rankings are based on your performance in the Dark Zone during that period and will be reset when the new week begins.