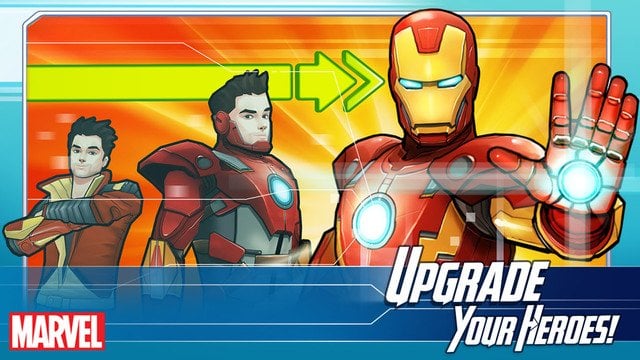 Marvel Avengers Academy is… surprising to say the least and I don’t necessarily mean that in a good way. The type of gameplay offered by the latest game in the Marvel universe is certainly different and unexpected, taking a more casual turn and getting the time management game to the next level. And the next, and the next, because you won’t start the game and you’ll already have to spend hours of waiting to record any progress. Not the nicest approach in a game where you can’t do too much, but at least great visuals, an amazing cast and sublime dialogue save the day and keep us playing more and more.

Even though it’s all pretty much the same repetitive gameplay that you have to go through and it’s the Marvel Avengers Academy dating (a feature that’s not implemented yet) that sounds like the best thing in the game, I am still here to share with you some Marvel Avengers Academy cheats: tips & tricks to play the game and get the most out of it, even though it’s mostly time that you need in order to progress…

But let’s not waste any time and let’s see how we can make the entire Marvel Avengers Academy experience a bit more fun and progress through the outrageous waiting times less boring!

The game has two types of quests: the blue quests that you can see on the left side of the missions screen, which are basically the quests that keep the main story going and the regular quests which can be seen to the right and they reward you with coins and items. Fortunately, the quests are made in such a way that the regular ones will always produce items for the story ones, so you won’t have to do too much investigation and planning by yourself. But some planning is still required.

Before starting a regular quest, check how many characters are required to complete it (you see their portrays to the left of the quest). Plan to take on the quests in such a manner that you complete them at the same time: check the action times required for each member on each quest, then do the faster ones first and leave the ones that require more time for when you leave the game. It’s easier to just do the single person ones first, then go on and to the multi person ones.

I also found out that, strangely, “skipping” a quest or spending Shards (the premium currency) to complete them is a lot cheaper than rushing your Avengers to complete the action required to complete the quest. You can spend over 20 Shards to hurry an action that lasts more than 1 hour, while spending Shards for completing a mission will only cost 3. So if you’re really in a hurry, the latter is the easier and fastest option.

Unfortunately, there’s not too much you can do in Marvel Avengers Academy: just make sure that your Avengers are always doing a quest-related activity and focus on completing the story quests one after another – it’s easier this way instead of trying to work on all of them at the same time!

As you progress through the levels, you will unlock new buildings, characters and with them new actions that can be performed to collect even more items. You can level up your heroes too, in order to make them faster and better looking and eventually you will be able to equip them with various outfits and customize the look of your Avengers Academy to the maximum. However, the progress is extremely slow and the entire experience is made to keep you busy for days – or better said, months – so don’t try to rush things, plan your moves carefully and make sure that you get the items required for your quests that keep the story going. It’s up for you to decide if this is fun or not, but all I can say is that the more you play, the funner it gets because you unlock more areas and stuff!

Do you have other tips, tricks or advice for fellow Marvel Avengers Academy players? Let us know by commenting below! 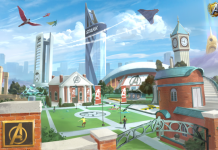