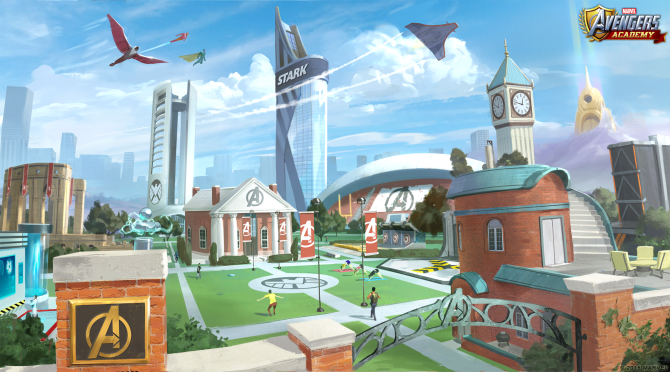 A really interesting game based on the Marvel universe has been announced recently, a game featuring both adventure and simulation games features that fans of Marvel characters will surely enjoy.

The new game is called Marvel Avengers Academy and, as the name suggests, will task players with building a Super Hero School complete with a variety of facilities such as dorms, laboratories, training facilities and more. These facilities aren’t just for show, as they are used to improve your heroes’ stats. With many heroes to control and customize, players will be busy for quite a long time.

Another very interesting feature of Marvel Avengers Academy are the social interactions that will be included in the game. Being a hero is not only just taking care of the bad guys but also meeting with other heroes, deals with rivals and much more.

Marvel Avengers Academy seems like a very interesting game that tries to do something different than most games based on the Marvel universe. Unfortunately we will have to wait to know if the game will manage to accomplish what it’s setting out to do, as Marvel Avengers Academy will be released next year on the App Store.