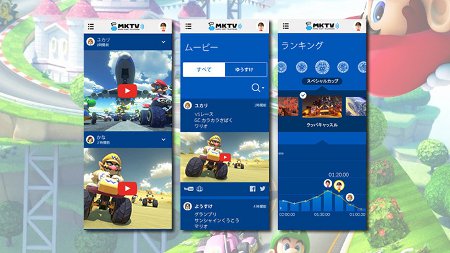 Ever since Nintendo’s financial problems have started becoming big, several individuals have asked Nintendo to start expanding its franchises outside its consoles. While the company has been reluctant in doing so at the beginning, Nintendo has started considering mobile platforms as an opportunity to actually expand the features of its console games.

The Mario Kart 8 companion app sets out to do what we have mentioned above – expand the gameplay experience of Mario Kart 8 by allowing gamers to do a lot of different things that cannot be done in the main game. Among the features included in the Mario Kart TV App are the possibility to keep track of your stats, watch replays and more. It’s a really interesting way to expand the online multiplayer mode of Mario Kart 8, which promises to be really massive.

In order to use the App, you will have to log in with your Nintendo Network ID. The App will be really easy to use so that even inexperienced users will be able to get the most out of it.

The Mario Kart TV App will be released on the App Store as soon as Mario Kart 8 hits shelves all over the world, on May 30th.