Mario Kart Tour All Cup Ranking is a great way to pit yourself against players around the world.

After completing the first three cups in the game players unlock the ranked cup. Each time a player races they gather points in various ways: having a ‘rocket start’, collecting coins along the way, using items against the other racers, and combos of jump and turbo boosts.

Each cup consists of four racecourses, so to access the All-Cup Rankings, racers must complete 12 courses. Each cup you complete gives you Grand Stars, which allow you to unlock more cups, giving you the chance to climb higher in the ranks. The better you perform in each race, the more Grand Stars you can win, and the better chance you have of hitting the global All-Cup Rankings.

Don’t forget, your choice of kart, glider, and driver matters too. Choose them wisely and they can help you get that well-deserved first place, and extra points when performing stunts. You can earn rubies to purchase better gear to race with by finishing first place first and winning 1000 gold coins, 20 rubies, and tickets.

Spend your rubies on launching the green pipe for a chance to win a surprise driver, kart, or glider, or choose one for yourself from those available in the tier shop.

Every time you race in a rank-eligible cup you climb higher in the global ranking so aim for the highest scores in those cups. All scores will be compared at the end of the week’s rankings so drift, boost, and speed your way to the top of the ranks.

Compare your score to the global All-Cup Rankings here! 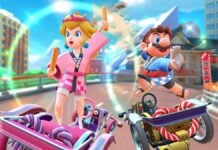 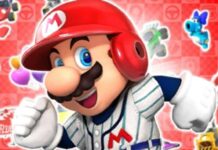 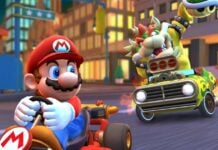 What is the Max Tier Ranking in Mario Kart Tour? Answered