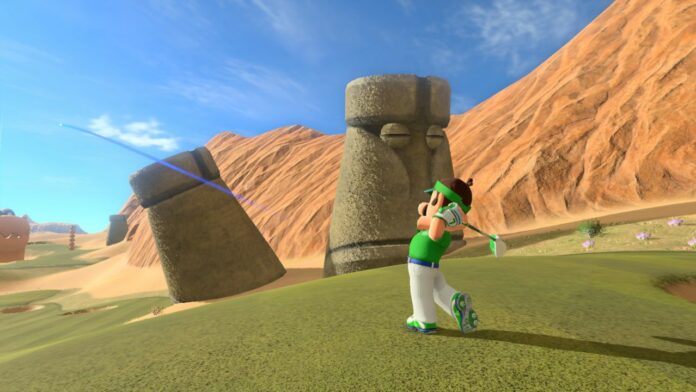 Mario Golf: Super Rush features a big character roster that includes several different characters lifted from the Super Mario Bros. series. All characters come with different stats and unique abilities that make them more suited for certain playstyles, allowing all types of players to find the right character for them.

Here’s everything you need to know about Luigi and his unique abilities.

Luigi, like Mario, is among the fastest characters in the game, coming with a base Speed stat of 9, making him great in play modes where you are supposed to move quickly around the course. The character, however, has a very low Power stat that makes him unsuited for modes where you have to use as few strokes as possible, such as Speed Golf. With his stats being a little unbalanced, Luigi is not exactly a character for newcomers.

Luigi’s Special Shot is Ice Flower Freeze, which freezes the ground in impact. This unique property makes it extremely useful in certain situations where you want your opponents to have a hard time making accurate shots, as the slippery ground increases roll distance and ball bounce. As such, the Ice Flower Freeze is best used in the areas near a hole.