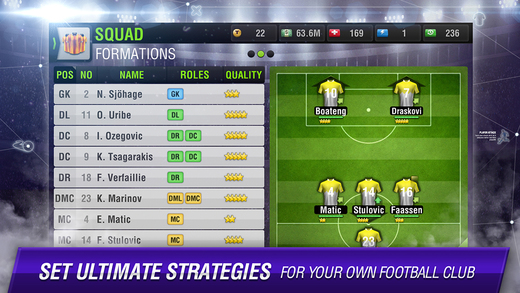 Top Eleven, the highly successful soccer simulation game now available for free on the App Store, has recently received a new update including quite a lot of new content.

One of the biggest additions of the new update are the new animations, new 3D environments and enhanced interface. The game has also become more accessible thanks to the new in-game tips offered by Josè Mourinho which will help newcomers understand the gameplay mechanics more.

The new update also comes with tablets optimization so that it will be possible to have a really smooth experience on both phones and tablets. These new optimization features are perfect to take advantage of the cross-play features of the game, which allow players to start playing on one device and continue on another.

The new Top Eleven update also comes with some gameplay tweaks that make the game a little bit harder like harder transfer negotiations and more.

Top Eleven is now available for free on the App Store. All those who will download the game from now on will receive the Top Eleven 2015 game, which includes all the changes detailed above. Those who own the older version of the game can now download the update for free.