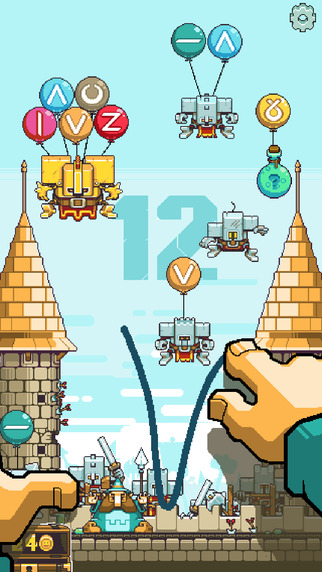 Magic Touch: Wizard for Hire, the game developed by Nitrome now available on the App Store, has received a new update a few hours ago which adds new content to the game.

The new update adds ten new wizards to the game who can be unlocked by using coins obtained by playing the game. A new trailer showcasing the content of the update has also been released online, you can take a look at it by going at the end of this post.

Another Magic Touch: Wizard for Hire update has been released last month. This update introduced new spells to cast, new shapes to draw, new enemies and new backgrounds as well as several improvements that make the experience much smoother such as an improved shop interface and more.

Magic Touch: Wizard for Hire is a unique game where players control a wizard who has to cast spells to pop balloons falling from above. To cast these spells, players have to draw a variety of shapes on the screen. The game is incredibly fun and engaging thanks to its easy to pick up and play experience that allows all kinds of players to enjoy it fully.

Magic Touch: Wizard for Hire is now available for download on the App Store.