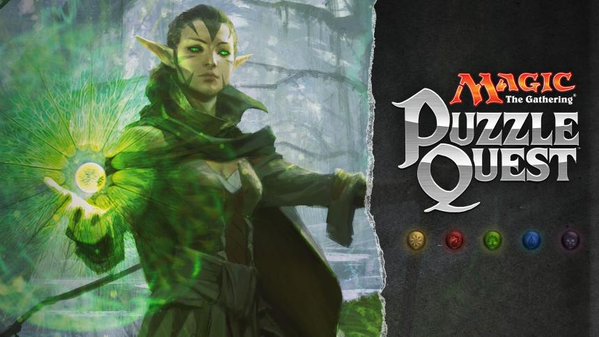 You may have played other match-3 puzzles games in the past, but have you played one that puts your character’s life on the line?! The golden rule of all match-3 puzzles games is to take your time and plan out your moves, trying to make as many matches with one move. This rule goes double for Magic, as it could very well be the difference between victory and defeat. With a well placed move, you might get enough mana to turn summon multiple cards, turning the tide of the battle.

As a trading card game buried under a match-3 game, there are exterior mechanics that you’re going to need to keep track of. The main feature is your hand – this shows what cards are currently on standby. The card at the top of the deck will be played when you get enough mana. Try to make it a habit of checking your hand every turn. You may need to change your strategy on the fly and that might mean summoning a new card instead of the one you’ve been charging.

Unfortunately there doesn’t seem to be a way to place a support card where you want it to go, so you just have to work with where the game places it. Protect your support card elements when they’re placed on the board by shifting other elements around. Remember not to set up easy chains for your opponent! Keep the area around your support element messy and unorganized. If everything goes well, your opponent might waste more time trying to get rid of it than you!

Nissa’s first planeswalker ability lets her draw one card. This isn’t terribly useful, so don’t worry about matching planeswalker pieces early on when you just have Nissa. Her second ability – Nature’s Gift – grants your creatures on the field +3/+3 until the end of the turn, which is much better. Unfortunately she unlocks this ability at level 14 which is quite a lot of experience, so in the mean time prioritize the regular elements.

6. Try out different combinations in your deck!

As with all trading card games, experimentation is the number one way of finding new strategies. Magic the Gathering Puzzle Quest is an incredibly deep game, so if you have any other strategies or decks to share, leave a comment below! 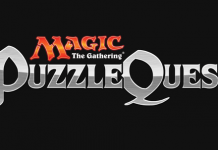 Magic: The Gathering – Puzzle Quest Soft-Launched In Singapore On The App Store