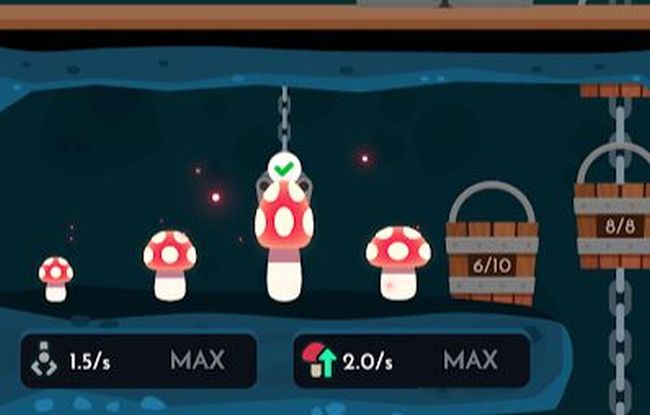 In today’s article we are going to give you all of the Magic Mushrooms tips and cheats that we have to help you build a profitable mushroom farm which will help you get rich in game!

Since there are quite a lot of things that you can do to speed up the processes in the game, I will go through each and every one of them for you so you’ll know what is worth doing and what is a waste of time.

Also, you’ve probably got an idea about this type of games – they do use a lot of ads to help to speed things up, so if you are not really supportive of then, then I do regret to tell you that there will no other free way to help boost you as much as that!

So without wasting another second, let’s jump right into the Magic Mushrooms tips and tricks to learn how to upgrade everything as fast as possible!

Speed things up manually at the beginning

If you want a good head start, then you will have to play a little while until you set things in move. By that I mean that you will have to manually tap on every mushroom that you plant in order to help them grow faster, and then move the buckets which collect them by hand, so that they will be moved quickly.

That’s when your mushrooms can be brewed into the cauldron and turned into magic potions! So if there are a couple of things to keep in mind when you start the game are these:

– Tap fast on the mushrooms to grow them faster and harvest then ASAP.

– Tap on the chain pulling the buckets to reel them up faster and speed up the gathering process.

Once you do this, you will soon notice that it will start being automated and that’s when you can start taking it easy.

The mushrooms will get several increases per each upgrade, and the more you level them up, the better. For each level of upgrade, the following stats will increase:

Also, with each upgrade the next level will cost more and more, but that’s just normal! So definitely start making upgrades for the highest level mushrooms you have, and then when you unlock the next one, start working on upgrades for that.

The higher the level, the better the money

You should always prioritize the highest level mushrooms that you have currently unlocked. That is, because they will give way more profit than the level 1 ones (or generally lower level ones) and even though they cost more, they are better if you want to make money.

So try to never think about maxing out the first level mushrooms only because they are cheap, because that way you will not keep up with the money consumption. That’s why it’s always recommended to start by leveling up the current highest ones you have.

The Cauldron is where all the mushrooms go to get mixed and turned into potions. There you collect them and you should try to make plenty of upgrades to this because it will boost the following:

– Cauldron capacity (it can store up more mushrooms)

– Bottle filling speed (fills up the bottles faster, which means they are sent to be sold faster -> making money becomes a faster process)

– Bottle capacity (bottles can be filled up with more mushroom potion, which means they will cost more)

The Cauldron upgrades are not crazy expensive, so you should try to make them as often as you can because they are overall very good, especially because of the boost to the Chain speed.

Unlock the next levels in advance

You can unlock more mushroom levels every 5 levels of your account, so if you want to have a head start to the levels, you need to know that you will have the possibility to unlock the levels in advance.

That can be done starting with 2 levels earlier than the specified level (so 3 instead of 5, 8 instead of 10, 13 instead of 15 and so on). You should do this if you are not against watching ads, because in order to unlock it you need to watch 2 advertisements.

If you are not up for watching 2 ads to finish early, then you can just wait for the normal level unlock! However, I do recommend that you open them early because they will help you make money faster.

Level up whenever you can!

You are able to level up whenever your XP bar at the top right corner of the screen fills up. This XP bar gains EXP whenever you sell some potions, and for each level that you pass you will be able to collect an amount of Gold.

The good part is, that if you choose to watch an advertisement you can double that amount! That is something that I suggest you do every time because it will double the amount of money you receive.

Usually when you level up the money correlates with the level, so the more you advance the more money you receive for leveling up.

Ever since the very early levels you should try to watch ads to double the reward because it will make it much easier to do upgrades, since the money will allow for 2-3 levels of the mushrooms to be upgraded usually.

Watch an ad to be on 2x profits all the time

You can notice in the bottom side of the screen a button which will let you watch an advertisement. Make sure that you choose to watch an ad from this because it will increase ALL sources of income and let you have double profits for 20 minutes straight.

After watching the first ad, you can then benefit from the double income and take this time to use all the possible boosts and speed ups to get as much money as you can and make a lot of upgrades.

Sometimes on your screen will pop up one or both of the boosts which will give you one useful boost. It can be either a super high speed up or a lot of money – but let me go into detail below:

– Catch the golden mushroom: This golden mushroom will be floating across your device screen and if you tap on it you’ll have the chance to watch an ad and claim some Gold. If you want to collect money fast, make sure that you catch it every time it passes!

– Open the “flaming hot” buff: This buff will appear in the top right corner of the screen and it will give your mushrooms and claws some big speed up boosts. That is super useful especially while the 2x buff is active, so try to watch an ad to claim it!

I would suggest that you always try to combo the boosts to make even more money – so if you are using the 2x profits, it makes sense that every money that you collect during that time will be doubled, so if you activate the “flaming hot” (as I call it) speed buff it will help you level up super fast.

Also, if you want some free gold, it’s always a good idea to catch that floating mushroom, so why not?

Last but not least, you can always go offline and wait for your money to build back up. It should come at no surprise that the game will keep running while you’re idle, so if you are really having a hard time making money while in game, then just go idle and wait for it to save up!

Then, once you log back into the game you will come back to a relatively big sum of money which can be doubled! All you have to do is watch an advertisement!

Remember how I mentioned at the very beginning that the game will ask you to watch plenty of ads? Well, that’s true – but you also get plenty of boosts with them which help you unlock more mushroom fields fast, so I would argue that it’s worth it!

These would be all of our Magic Mushrooms tips and tricks that we have for you right now! Do you know some more useful game tips and strategies? Feel free to share them with us and the other players down in the comments section below, and if you have any questions regarding the game, leave them in the comments and we’ll get back to you ASAP!