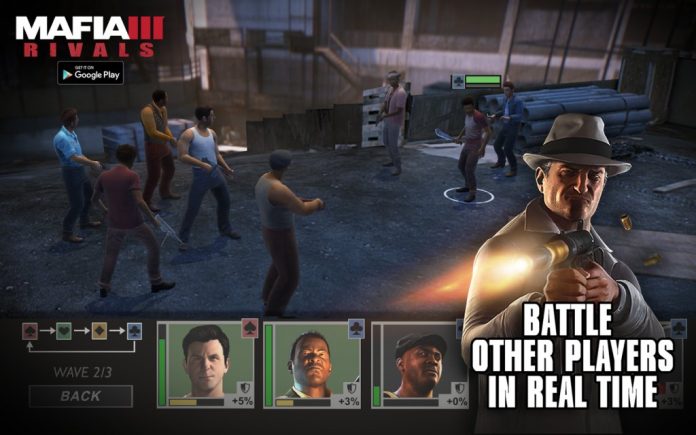 2K Games and Cat Daddy Games have decided to give Mafia fans a big surprise and offer a nice treat to coincide with the launch of the Mafia III video game. They have also launched a mobile game, Mafia 3: Rivals and they’re offering it for free. And we’re here to help you get more out of it by sharing with you a bunch of Mafia 3 Rivals cheats and tips so that you can assemble the best crew and win all battles, be them single player missions or PvP battles.

Things are pretty straightforward with this game, but sometimes it’s the little things that you might miss that make the difference, so let’s check them all out in this article. Without further ado, here are some Mafia 3 Rival tips and tricks from us here at Touch Tap Play.

1. Do the single player missions over and over again
Especially early on, play and replay the missions over and over again. Don’t rush to complete them fast and cruise through them or you will hit the wall really soon. Instead be patient and repeat them in order to get multiple equipment pieces for your crew. Equip them, level them up and progress slowly through the single player campaigns. There’s no rush!

2. Equip everything first
Items are pretty difficult to get in Mafia III: Rivals and very expensive to Star Up or even Level Up, even though for the latter you only need other items to sacrifice. But before doing any of these, make sure that all your characters have all the possible slots filled because the overall bonuses for multiple items are way better than having a single superstar item equipped on a single character. Also, try to put the items that increase health and general defense on the characters that are attacked the most during battle as for some reason the AI seems to target in all battles the same character over and over again.

Only after you have all the items slots filled, work on leveling them up (I would suggest to level them up first because it requires less resources than starring them up). It’s a long ride, you should be prepared for it.

3. How to win all your battles
Whether you play against the AI (which is usually easier to beat) or human opponents in Crew vs. Crew battles, the same strategies should be used. I am going to share with you my strategy here, which is very simple and also extremely effective and for some reason even real human players don’t seem to take advantage of it:

The most important thing that you have to do is to focus on a single enemy. Bring them down one by one. If you can bring down one in the first round, it’s even better, especially for Crew vs. Crew battles. In order to do so, target the enemy that you have multiple characters with a damage bonus against. After several battles, you can anticipate which character you can bring down in the first round – and even if it doesn’t work, you should still attack the single character over and over again.

Then, be smart with your attacks and usage of special skills. Try to have at least a healer in the crew and ideally one with the Taunt skill. When it is activate, place the Taunt on the healer (so it builds up the power bar) and then use the Heal on your lowest health member. Usually, if you can Heal once during a battle – especially in Crew vs Crew and if you opponent doesn’t it’s your win! Also use the Counter skill for characters that keep getting attacked and select the order in which your Crew members attack to maximize the damage. In other words, always play smart and strategize a little bit: this can get you far.

For example, in single player missions where there was more than one wave of enemies, if I had an enemy with little health left, I used to send a random character to finish him off. However, I realized that if I send a specific character (I always attack with the Healer), things are way better because the power meter fills a bit for the right character. As I said in the intro, every little bit matters here!

4. Work on the buildings
Progress on the Buildings in the Downtown fronts is so slow that you can easily forget about them. I sure did for a long while, but they are there. Buy new levels as soon as you have the resources available for that: even though the percentage increases are small, they add up eventually and they get a little better as you get new levels for each of your buildings. Also, have in mind that you don’t have to buy all the levels of one building before moving to another. Simply browse through the available buildings and buy all those that you have resources for. I didn’t know that for a long time and it slowed my progress a bit.

These would be, for now, our tips and tricks for fellow Mafia 3 Rivals. Do you have extra tips or tricks to share with us? Let us know by commenting below! 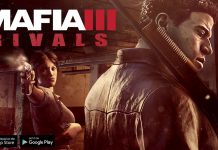 How to Unlock More Characters in Mafia 3: Rivals