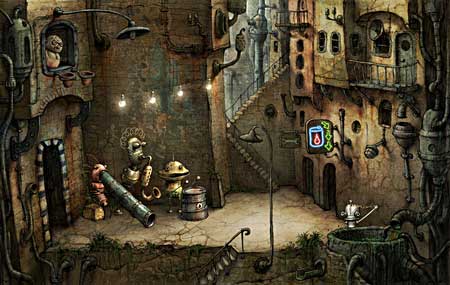 The unique adventure-platform game Machinarium is now available for a reduced price on the App Store.

The Amanita Design’s developed game is now available for only $2.99 on the App Store. It’s an excellent price for an excellent game so consider getting it if you’re looking for something really good to play on your iOS devices.

Machinarium has been originally released on PlayStation Vita a while back before getting released on iPhone and iPad. The iOS version of the game, dubbed Machinarium Pocket Edition on iPhone, isn’t a mere straight port but includes several new features and improvements, like achievements and more. Even gamers who have mastered the PlayStation Vita release will be able to find something new for the small robot Josef to do in the game.

If you have never played the game, you really should. The presentation is top notch, with beautiful graphics and a charming jazzy soundtrack, the atmosphere is really unique and the gameplay experience is quite engaging.

Machinarium is now available on the App Store for only $2.99. The game will be back at full price soon so take advantage of this deal as soon as possible. The game is definitely worth even its full price, but why pay more when you can have the same quality for less?