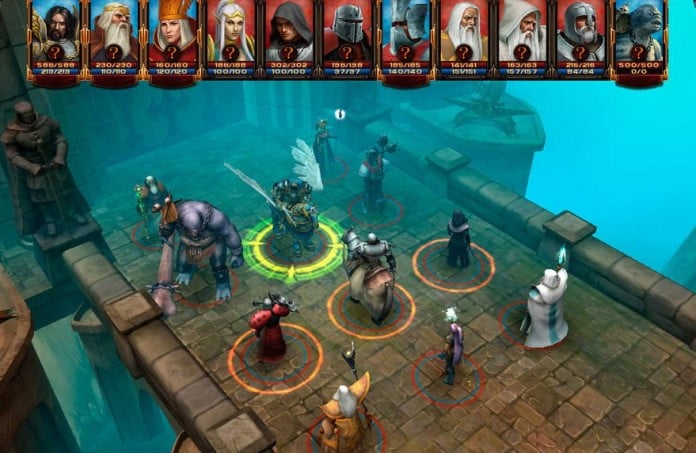 I am a big fan of the Heroes of Might & Magic franchise and when I saw Lords of Discord launched on the App Store, things looked very familiar. Indeed, the game has the HoMM feel to it, or better said a King’s Bounty feel.

In other words, it looks amazing so I had to try it and after I did, I wasn’t disappointed (even though everything could’ve been a lot better!). I am now here to share with you some basic Lords of Discord cheats: tips and tricks to improve your strategy and get the most out of this game to win all your battles, gain as much silver as possible and become the best.

So let’s not waste a single second – there’s a whole kingdom that you need to take back – and let’s check out below some Lords of Discord tips and tricks!

Since health potions are pretty hard to come by, you should not waste them especially early on and instead go the long route – head back to the castle and heal your troops.

This costs silver, but it also replenishes your energy/mana or whatever the blue bar is called, so it’s the best option in my opinion, even if you will have to spend stamina again to get back to battle. But at least you keep your health potions for when you really need them.

2. Conquer areas completely
Hopefully this is a no-brainer: each area, once conquered, will give you some sort of resource after a given amount of time. That’s why it is extremely important for you to fight all battles and conquer that area in order to get the advantages.

3. Troops for your garrison
Other players can attack you and potentially steal resources from you. Your garrison is automatically populated with heroes – but they are low level ones – so if you want to make sure that you don’t lose any resources, leave some high level troops in the garrison.

This is difficult and involves a lot of planning and grinding to level up multiple troops, but it’s the only way to protect your resources. One trick here, if you have the silver (since it costs 5 per troop) is to simply put your best troops in your garrison when you log out, then take them back to your army when you log in an play – then place them in the garrison again before logging out.

4. How to dismiss troops
If you really want to disband any of your troops for whatever reason, in order to do so you need to have that troop in your Hero’s army, then move it in the castle (under the Available Units tab in the army recruitment window).

Once there, you will have the option to sell that troop for a tiny amount of silver. But if that troop is really dead weight (so you can’t even use it in the garrison), that’s the way to do it!

5. How to get better troops
Most of the troops you get – especially early on, will have some sort of negative attribute (like clumsy, lazy and so on). In order to make sure that you get no penalties, you should build in your castle the Mercenaries Guild ASAP. That’s the only way that I found so far to get rid of the annoying negatives.

6. How to win your battles
It’s very important to watch the top of the screen to see when will the enemy attack. If there is the same type of enemy, the order is always the same: center attacks first, then left, then right.

Knowing this can help you target your attacks flawlessly. Ideally, you should take out one enemy in the first round, before it manages to attack, in order to save yourself some extra health.

That’s why it is usually a good strategy to attack the enemy that will attack last. Either way, it’s always a good idea to focus on destroying enemies one at a time instead of dealing damage to all of them and having them cause damage to your troops.

Don’t forget to defend! You will see that enemy troops prefer to attack a specific troop over and over again. It’s a good idea to either defend (just calculate if that’s better than actually dealing damage with that troop) or, better, cast a healing spell on it in the second turn and have the troop healed constantly.

Remember: it’s best to keep your troops alive because resurrecting them costs a ton! Next, just take down all the enemies one after another and you should do fine.

7. Always equip the best weapons
Weapons and items might look the same, but they could have different stats. Make sure that you always equip the better versions and sell those you don’t need (you can do so in the Shop).

Remember the troop that enemies usually target and equip that troop with the best armor possible and items that increase health. This way, you will increase that troop’s chances of survival and your chances of easily winning the battles.

These would be for now our Lords of Discord tips and tricks. Do you have any other strategies to add? Let us know by commenting below! 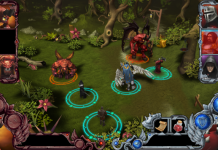 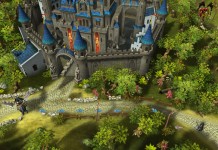